"This year was our second-highest ever. The number of volunteers was incredible ... I sometimes had a hard time finding things for them to do just because we had so many of them and they were so eager to help which was awesome."
0
Feb 6, 2020 12:25 PM By: Troy Durrell 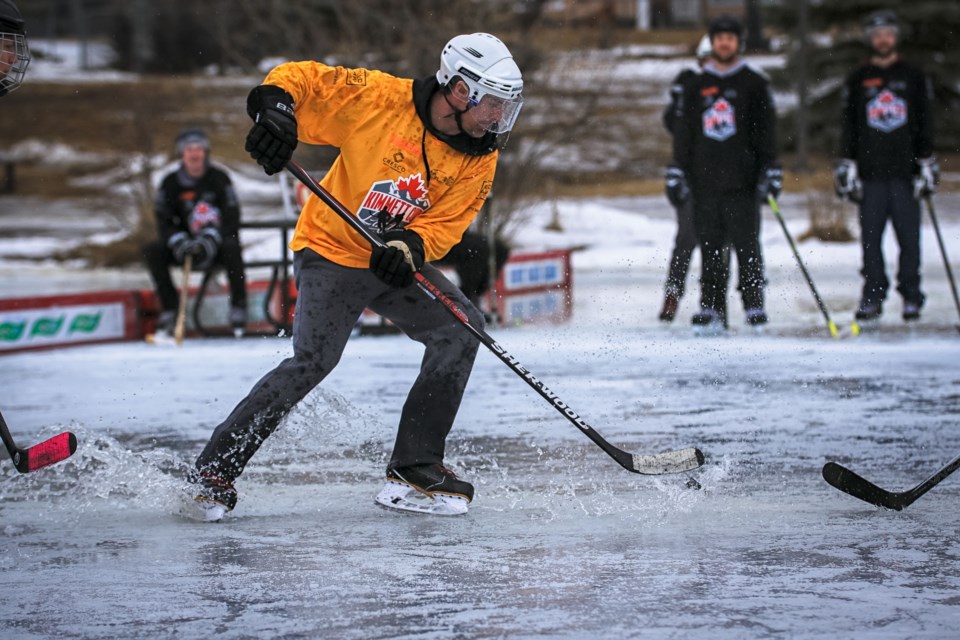 The 12th annual Kimmett Cup will be remembered for its rainy conditions. Photo credits to Howard's Cove Photography

That was probably the tune going through the heads of the players and organizers who were taking part in the 12th annual Kimmett Cup Jan. 31 to Feb. 2, as they played through rainy conditions at Mitford Pond with large puddles overtaking portions of the playing surface that forced the remainder of the three-on-three tournament to be played indoors.

The Kimmett Cup benefits the Lindsay Leigh Kimmett Memorial Foundation, a non-profit organization that was started after her death in 2008.

"The weather was unique ... I don't know if it's ever rained on Feb. 1 in my lifetime," said Reid Kimmett who is one of the many tournament organizers. "Overall, I think we as an organizing committee, and the teams involved, just tried to make the best of it. We saw teams sliding through the ice like it was a slip and slide, kids splashing each other with their sticks. It was still fun, it was different and probably not quite the level of hockey we've gotten used to in the past because we were playing through water."

"When we got to playoffs, we decided that to make those games as competitive as possible, we decided to move over to the indoor facilities at Spray Lake Sawmills Family Sports Centre instead of having them splash through the water outside."

Kimmett said there have been other years where weather played a bit of a factor in how the tournament played out, but nothing compared to what Saturday brought.

"We had one year where it was warm and ended up cooling off the day of," Kimmett said. "We had a chinook leading into the tournament that left some soft spots on the ice, but we would just spray paint it and say it was a 'no zone'. There was a bit of melting but definitely nothing as substantial as what we witnessed this weekend.

While there may be some minor changes to the totals, the tournament raised $125,000 for the Children's Wish Foundation, nearly $5,000 for Helping Families Handle Cancer, $35,000 to the Children's Cottage Society, $10,000 to the Cochrane Search and Rescue, $5,000 to the Cochrane Lions Club and just over $2,500 to HYTES and the Community Lunch through St. Andrew's United Church. In total, the tournament raised more than $184,000.

Even with the un-cooperation of mother nature, Kimmett said the weekend was as joyous as ever.

"It was really good. The fundraising ended up being really solid, a little bit down from last year but last year was by far a record year," Kimmett said. "This year was our second-highest ever. The number of volunteers was incredible ... I sometimes had a hard time finding things for them to do just because we had so many of them and they were so eager to help which was awesome."

"Then we have the event itself which was great, the Hellbenders are building a bit of a dynasty with their fourth win, but they're a really great group of people who all go to medical school and have deep connections with my sister (Lindsay) and what she was about so it was good to see them win."