Nolan Oakey has the chance to suit up for the International Indoor Junior Lacrosse (IIJL) World Junior Lacrosse Championship in Hamilton, ONT.
0
Jun 13, 2019 1:00 AM By: Troy Durrell 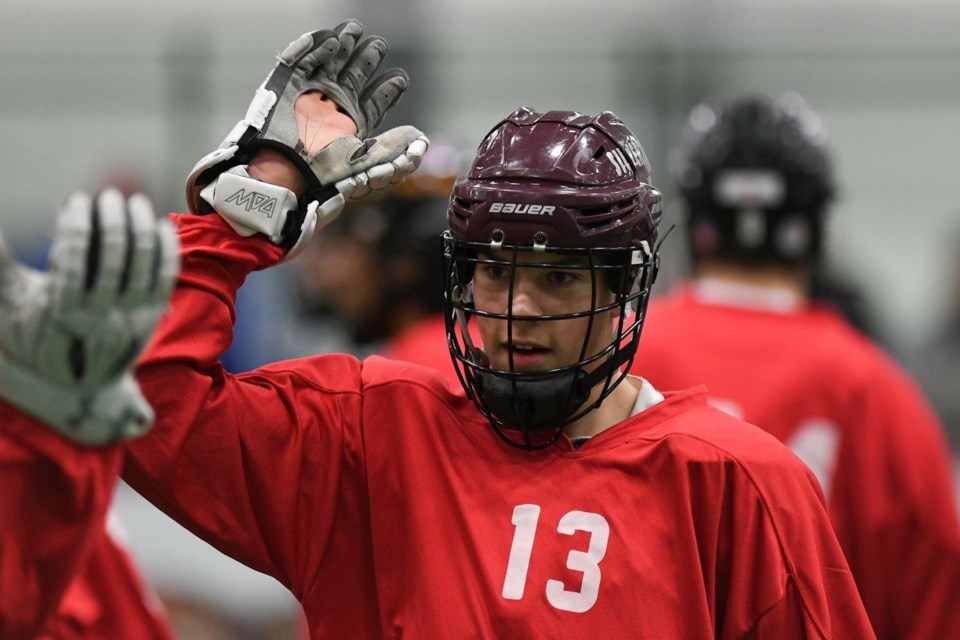 Rockyview Silvertips star forward Nolan Oakey has the chance to suit up for Team Canada.

The tournament features six teams from Canada, the United States, Australia, Israel, Poland as well as the Iroquois confederacy that will be divided into two groups. Each team will play two games overall in the round robin in order to find their placing for the medal round, where the top team in each division will get a bye to the semi-final while the second-placed teams will play the third-placed team from the other division.

"I was super excited when I found out I made it through the first round of cuts," Oakey said when he initially heard the news. "It kind of put it into perspective of who I can play with and gives me confidence for this year and the years to follow."

"There were four provinces in Canada (Alberta, British Columbia, Saskatchewan and Ontario) in each combine with 40 players there trying out to make it to this point. I saw the tournament online and always thought it would be amazing to play there but to be completely honest, I didn't even think of trying out. Then my coach last year in Tyler Waycott mentioned I should go tryout. I felt like I played well at the tryouts and was hoping I made the cut which thankfully I did."

"It's always been a dream of mine to represent my country for anything and now getting the chance to do it playing lacrosse is truly amazing."

“Players whom our staff have named to the 40-Man Player Pool have been contacted and educated on the selection process,” Team Canada general manager Chris Fox said in a statement on the Canadian Lacrosse League website. “The initial 40-man player pool is comprised completely of players who invested their time to attend and compete at one of the four Regional Combines that took place in January."

Players will be moved off and on the player pool weekly before being narrowed to the 23-man final roster, which will be announced in July.

“We support each and every player and their team’s pursuit of a Canadian National Championship. We understand that the IIJL World Junior Lacrosse Championship is held at a busy time of the summer, in August, at the height of Canadian junior playoffs. Our current scenario mirrors other international and domestic championship schedules that occur simultaneously; a perfect example being the IIHF Men’s World Hockey Championship and NHL Stanley Cup Playoffs. As teams advance through the NHL Stanley Cup Playoffs, players whose teams have been eliminated are free to participate for their respective countries at the IIHF Men’s World Hockey Championship. By implementing a 40-man player pool proportionate to the population of junior players from each Province we are able to navigate the challenging dates and prepare a diligent list to streamline our selection process.”

Oakey, who currently leads the Silvertips in scoring with 16 goals and 50 points, credits his teammates for his early season success so far and he hopes he can translate that into making Team Canada.

"I just need to continue playing my game and that's all I can do right now," Oakey said. "Our team chemistry is high, we trust each other with the ball and it helpes us move the ball faster and create open looks."

Should Oakey make the team, the tournament will begin on Aug. 6 when Canada takes on Australia before taking on Israel on Aug. 8.