"The students are always super excited for this event," said St. Timothy teacher Leo Keefer who also doubles as the organizer of the game. "It's our biggest charity and school event of the year and the kids have been talking about it a lot over the past couple weeks."
0
Dec 9, 2019 10:30 AM By: Troy Durrell 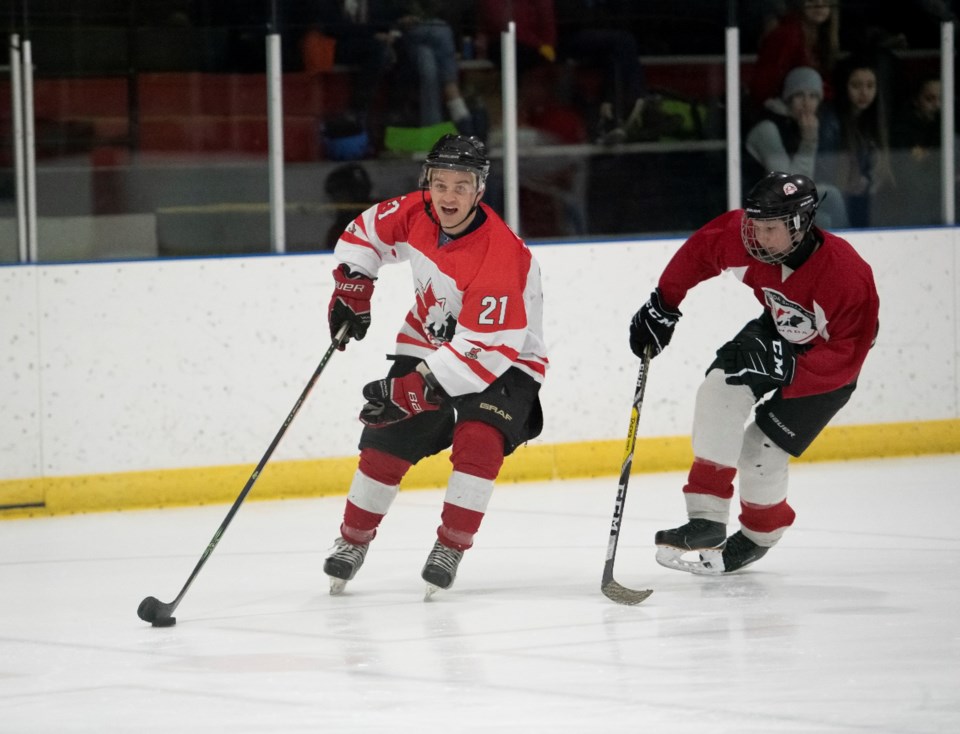 St. Timothy School will be hosting its sixth annual charity hockey game on Dec. 20 at the Cochrane Arena.

The game pits the students against the school's current and former teachers who also manage to get a little bit of big league reinforcements with former Calgary Flames, Columbus Blue Jackets, Edmonton Oilers and Washington Capitals forward Curtis Glencross.

"The students are always super excited for this event," said St. Timothy teacher Leo Keefer who also doubles as the organizer of the game. "It's our biggest charity and school event of the year and the kids have been talking about it a lot over the past couple weeks."

"There's been a lot of interest to play in the game but also just the fun day that goes along with the game."

Keefer said the game is a nice way to tie in the end of the first semester of the school year with the beginning of Christmas break and everything that comes with the holiday season.

"It's a nice send-off for the students into the holidays for sure. It's a fun day at school in the morning for the junior high students to do some Christmas related activities," Keefer said.

"Then they have the chance to go up to the (Cochrane) Arena and do some public skating, watch the hockey game and head off for the year, it's a good way to cap off the start of the year."

This will be the first year of the game that the school will not be donating to the Sheldon Kennedy Child Advocacy Centre, a charity run by former NHL player Sheldon Kennedy. This year they will be helping the Cochrane Activettes.

"The Sheldon Kennedy (Child Advocacy Centre) is a wonderful charity and something that we still want to support so we sat down as a committee and got input from people at the school and a lot of people thought it was also important to keep the funds in a more local charity in Cochrane," Keefer said.

"We decided to go with the Cochrane Food Bank with the Activettes, especially because we're running a food hamper drive that instead of pulling ourselves in two different directions, we could go all-in on one local charity."

Keefer said they have gotten a number of donations from people and businesses around town, such as Flames and Hitmen tickets, to the silent auction and will donate the money they earn from that and funds they make on selling raffle tickets to the Activettes. The school has tentatively closed the acceptance of items for the auction but would still accept donations should they come before the 20th.

"We've had a lot of amazing support from the community in terms of donations," Keefer said.

"We've got a laundry list of things that have been donated ... everything from tickets to gift cards for a silent auction as well as the raffle draw. People can support the charity by buying raffle tickets or bidding on silent auction items and you can do that by contacting myself through my email (leo.keefer@cssd.ab.ca) or by calling the school at 403-500-2106."

"The draws will be made and silent auction will be closed on the 20th so we encourage people to come and attend the game and experience everything that goes with it."

Last year the school raised more than $4,000, combining the hockey game as well as a ball hockey tournament later in the year. Keefer said their goal is to raise as much as possible.

"I don't know if my expectations are that high, I'd love to beat that goal but honestly we're just looking to raise as much as we can," Keefer said.

"The items up for auction change every year and its tough to know how those things will go, but every donation counts and we're looking to do anything we can in order to help the food bank."