The tournament will open on Christmas Day with Switzerland taking on Slovakia
Oct 21, 2020 11:45 AM By: Canadian Press 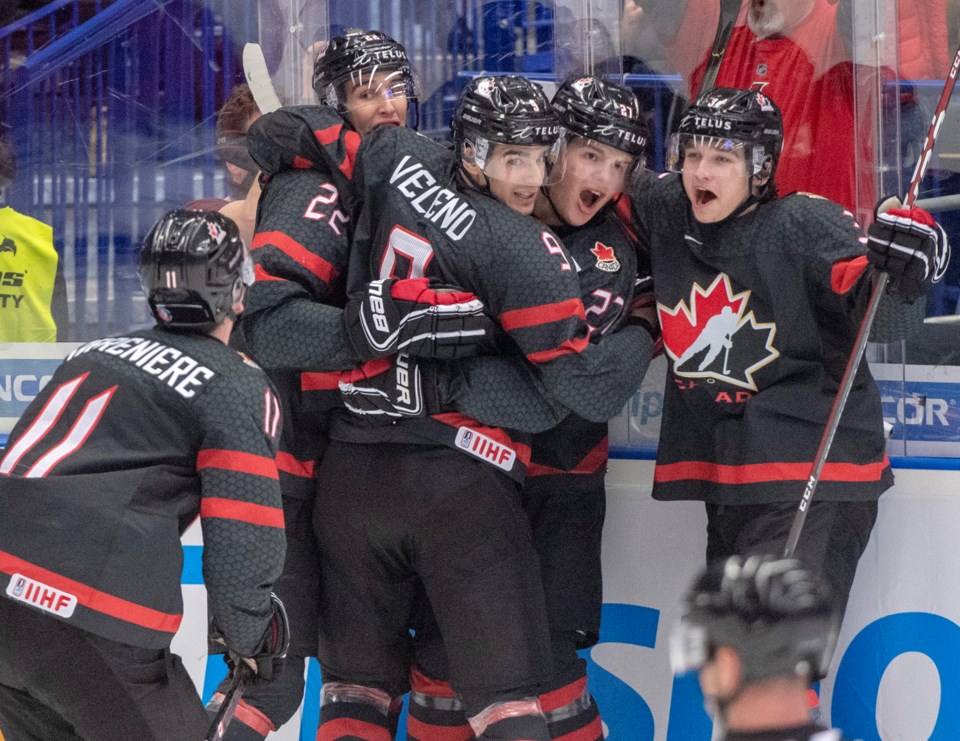 Photo of team Canada at the 2020 World Juniors Championship game from @TeamCanada on Twitter.

TORONTO — There has been a slight tweak to the schedule for the next world junior hockey championship.

The schedule for the 2021 edition of the annual event hosted by the International Ice Hockey Federation was announced Monday, with three games set for Dec. 25 — a day earlier than its regular start date.

The tournament will open on Christmas Day with Switzerland taking on Slovakia, Germany versus Finland, and Russia against the United States, with the Canadians beginning play on Boxing Day against the Germans.

Canada, which is part of Group A, will also play Slovakia on Dec. 27, Switzerland on Dec. 29, and its final preliminary-round game on New Year's Eve against Finland.

Group B is comprised of Austria, Czech Republic, Russia, Sweden, and the U.S.

All 28 tournament games are being held at Edmonton's Rogers Place with no fans expected to be in attendance. Red Deer, Alta., was originally set to co-host the tournament with Edmonton but plans changed due to the COVID-19 pandemic, allowing the provincial capital to act as a "bubble" for game action the same way it did for the NHL playoffs.

"After announcing the return of the tournament last month, there is a feeling, even knowing there won't be fans in the building, of excitement and anticipation across the province and extending across the country as fans get set to cheer on the future stars of the game," said Riley Wiwchar, executive director of the 2021 IIHF world junior championship organizing committee.

Canada beat Russia for its 18th gold medal in 2020, while Sweden topped Finland for bronze, and could have up to seven players return to defend its title.

This report by The Canadian Press was first published October 19, 2020.