“You start thinking, ‘This is not where I want to be at 50 years old.’ And I know for a fact, it’s definitely not where my husband wanted to be at 55.”
Oct 16, 2020 5:40 PM By: Jennifer Henderson, Local Journalism Initiative reporter 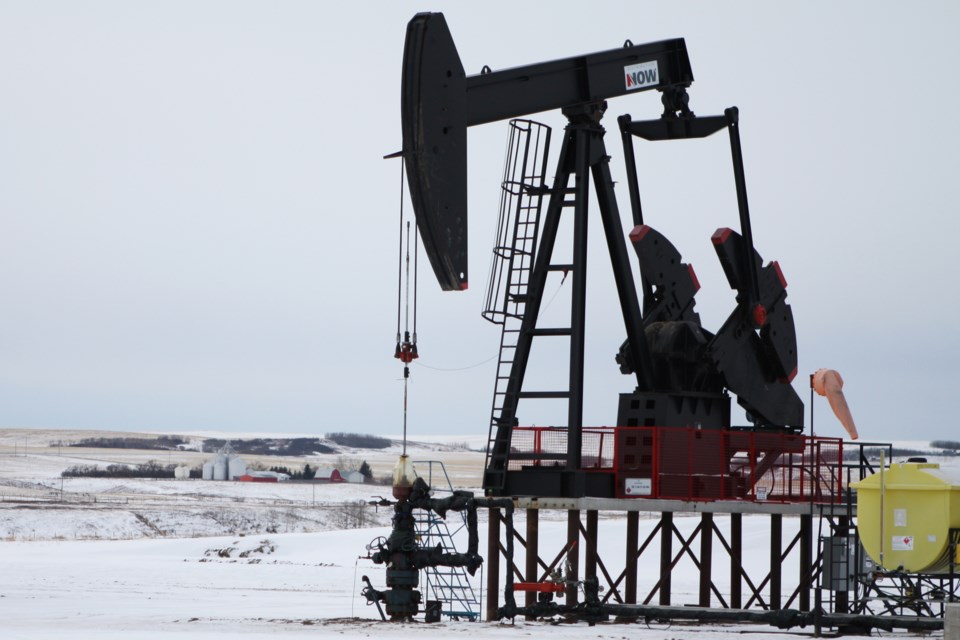 This is the fifth part of Struggling for Hope, a special feature series examining the intersections between economic instability and mental health needs. Read our introduction to the series here.

After a 16-hour day at work in an oilfield camp, Lana Miller only has the energy left to FaceTime her boyfriend before she falls asleep for the night to get some rest so she can work another long day again.

Miller, who has been a chef for almost 30 years, has spent the last five years working long hours in camp kitchens, in remote areas spending time away from her family.

Working in oil camps is not an easy life. Despite the good pay that often accompanies oil jobs, the work itself requires long periods of time away from family, often in remote areas and difficult conditions. On top of that, the volatile nature of the industry and low job security can take a toll on the employees’ mental health.

Miller said because the job is so tough and workers are so far away from their support networks, they quickly forge strong bonds with each other to get through the long hours, long days and difficult working conditions.

“Even though you don’t necessarily know people for a long stretch of time, you become family a lot more quickly and have to kind of take care of each other,” she said.

“Not only do you have to worry about your mental health and potentially your family’s for you being gone for long stretches, but then also staff – sometimes it’s their first time away from home doing this sort of thing … You kind of take them under your wing and guide them through that as best you can.”

This type of isolation from friends, family and community is not good for mental wellbeing, experts say.

Vincent Agyapong, a professor of psychiatry at the University of Alberta who works for the addiction and mental health unit for Alberta Health Services, worked in Fort McMurray treating patients and studying the demographic of people who are seeking help.

Agyapong said many people who seek help are from other areas of the country, such as the east coast, and are on a three weeks on, one week off schedule.

“People have to stay in the camps for two weeks at a time without any family – there is much more to (these mental health challenges) than just the economy,” Agyapong said.

“It has a significant impact on families, because you are away from your family in an oilsands camp and there is really nothing there – you will be in a small room with one small TV.”

To cope with the isolation, Miller turns to FaceTime to try to connect with her loved ones, but for other people in camps, Miller said they might turn to the gym or to substances.

Substance use and abuse

Alcohol is generally the easiest substance to get your hands on, but Miller said she has been at camps where employees could access any drug they wanted.

“It’s an unspoken thing. A lot of people know it’s happening. As long as you don’t get caught and you’re not stupid about it, they pretty much let it pass,” she said.

In 2017, Alberta Health Services found workers in the oil and gas industry use alcohol at significantly higher rates (81.7 per cent) than the average for all other industries (71.5 per cent). And though the majority of those who drank were considered to be at low risk for harmful drinking, industry workers were nearly twice as likely to be at medium risk and three times as likely to be at high risk than other workers.

Meanwhile, male oilfield workers were much more likely to be classified as medium or high risk than female workers.

Dan Bilsker, a psychologist from Simon Fraser University, says men, who make up the majority of oilfield workers, are socially conditioned to deal with their emotions through alcohol consumption.

“Men are also taught that feelings are a really bad time and (if) you’re suffering psychologically, use alcohol to feel better,” he explained.

Agyapong said when he went to Fort McMurray in 2013 he saw “significant” substance use issues, including the use of cocaine. The economy was good at the time, but the social difficulties of the job – being isolated from family without a lot of options to fill their free time – contributed to this.

“They don’t really have a life, they don’t have family … so they get into cocaine use because it doesn’t stay in your system for a long time and they know they will pass a drug screening when they return to their shift,” Agyapong said.

“There are people who have never had any mental health problems before, and then someone will notice on their shift to be behaving bizarrely. So there’ll be people who still have a job but they’re having a psychotic break related to substance abuse,” he said.

Miller said camps have plenty of safety measures in place, but some look the other way if staff members are impaired on the job. Physical safety takes top priority, but mental health slips under the radar.

“They’re all ‘safety, safety, safety,’ but then … being at work under the influence of something isn’t safe, regardless of where you are or what you do for a living,” she said.

“I think there should be more to help people through (substance abuse) and kind of recognize that it does happen. I think a lot of (camps) are scared of getting shut down, to be quite honest.”

Miller said she would like to see wider supports within the industry, such as an anonymous support line employees could call to talk about their substance abuse or mental health struggles, without worrying that they might be risking their job security.

“It gets to the point where you feel like you don’t want to say anything, because you’re scared that it’s gonna be the one thing that gets you booted out the door. And with (jobs) being so tight to get in and be kept around these days, you obviously don’t want to rock the boat, right?”

While camp life is hard, the families left behind also struggle to cope with a loved one being so far away for long stretches of time working in such a volatile industry.

Shelley Meakin-Chamzuk, whose husband Ron works in the oil and gas industry, said her husband’s wage was cut in half when the pandemic struck. Watching him deal with that hurt her own mental health, as did caring for six children while Ron had to work out of town through much of his career.

Meakin-Chamzuk battled post-partum depression and has struggled throughout her life with her mental health. Being separated from her husband proved a big challenge for her and her family.

“It’s been taxing. It’s had its moments that you just question everything,” she said.

Meakin-Chamzuk was bedridden for years due to inner cranial hypertension, making the situation even more difficult to manage.

She has watched other families split up because the distance proved too burdensome.

“Sometimes money isn’t everything. I think that was probably the biggest thing with the industry, is some women just couldn’t cope with raising their families on their own.”

Some experts have concluded the lifestyle that goes along with oil and gas work contributes to higher divorce rates, with Alberta often leading the divorce rates across the country.

Meakin-Chamzuk said the idea that life is easy for an oilfield wife and that there is always a lot of money is far from the truth.

“We’re just trying to survive, and it’s not the privileged life that I think a lot of people think it is,” Meakin-Chamzuk said.

“With my husband being away, and knowing his wife was sick, that was not easy on him. He’s very strong and very supportive … he never admitted it, but I know it was hard on him.”

The COVID-19 pandemic has pushed their family deeper into stress as Ron took a major pay cut in order to help keep the company he was working for alive. From April to July this year, the entire family packed its bags to go help out for free, washing mats, cooking food and doing whatever chores there were in an effort to give the company a boost, thus keeping Ron employed.

“We’ve been as a family – have not been getting paid for it – but going and helping my husband, just so we can try to keep that company going,” Meakin-Chamzuk said. “We would all pack up and go to Fox Creek, and we would work out there.”

After chores, her youngest son, 15, would be homeschooled at a shack on the worksite.

“As awful as it sounds, it honestly sounds worse than it was. It was almost like we were part of something bigger than ourselves … I guess we probably felt proud that we were able to help Ron and help this company,” Meakin-Chamzuk said.

As money gets tighter, she is trying not to think about the state of her mental health. She knows what it feels like to be so depressed it’s hard to get out of bed, and she said she is determined not to get to that place again.

“You start thinking, ‘This is not where I want to be at 50 years old.’ And I know for a fact, it’s definitely not where my husband wanted to be at 55.”

Still, she says Ron has maintained a positive outlook and seems to be doing OK.

“He seems really, really good, but then again, he’s had to always been the strong one.”

While Meakin-Chamzuk said her family is struggling, she knows she is in a better position than many other families in the industry.

"I don't know how young people are making it," she said.

"We have seen where people are destitute. It's scary – scary. And you can’t get back into the industry because it’s just so broken.”

If you or someone you know is struggling with mental health issues, you can call Alberta's 24-hour mental health helpline 1-877-303-2642.

If you are having suicidal thoughts or you know someone who is, you can get help by calling the Canada Suicide Prevention Service at 1-833-456-4566 or by texting 45645.

If you or someone you know is at risk of an immediate crisis, call 911.