Parole board refuses release of killer Allan Legere, who planned return to N.B. 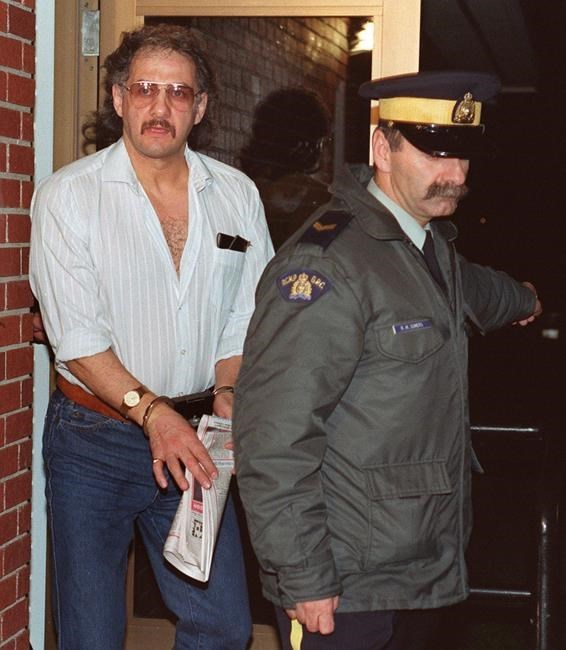 The Parole Board of Canada refused on Wednesday to release serial killer Allan Legere after hearing him blame others for the murders he committed and argue he could safely return to New Brunswick.

The convicted murderer, rapist and arsonist, who will turn 73 in February, escaped from custody on May 3, 1989, while serving a life sentence for the murder of store owner John Glendenning during a June 1986 robbery.

Legere carried out four more brutal murders, several arsons and a sexual assault in the Miramichi area before being recaptured on Nov. 24 of that year.

"Your offending is of the most serious nature; the victim harm is still felt to this day," board member Delaine Dew said during the oral decision to deny parole, which came following Wednesday's hearing.

Dew said Legere was rejected for parole because he remained a risk to the community. During the hearing, Legere said he had hoped to move to the Fredericton area, about 170 kilometres from the scene of his crimes, as he had support from family there.

Legere said he realized this would likely draw a negative reaction from Miramichi residents, and he said on several occasions during the hearing that people should consider being merciful to him.

"People have this revenge thing. 'Cage him forever.' But if you don't forgive, you can't be forgiven," he told the board members during his hearing.

Legere's answers, however, often strayed far from the questions asked by Dew and fellow board member Amy Agar, who repeatedly pressed the killer to indicate how accountable he felt for his violence.

More than three decades after the murders, the inmate continues to say that others committed the killings that led to his life sentences, only admitting to being "present" at the scenes of gruesome and bloody beatings — sometimes, he said, simply by coincidence.

In the case of the 1986 murder of Glendenning, he claimed he hadn't directly participated in the killing of the storekeeper, but rather, that two accomplices had suffocated the victim. Glendenning's wife, Mary, was also savagely beaten and sexually assaulted.

During his months on the loose, Legere killed Annie Flam, an elderly store owner; Donna and Linda Daughney, two middle-aged sisters, setting fire to their home before leaving; and Rev. James Smith, a Roman Catholic priest.

He was recaptured on Nov. 24, 1989, after a failed carjacking that began in Saint John, N.B., and came to an end just outside Rogersville, where police arrested him in the cab of a tractor trailer.

Legere blamed his behaviour on drinking too much alcohol, and he said he only returned to the Miramichi to retrieve stolen money he'd hidden. "I was present, but it wasn't like I did everything," he said.

In the case of the priest's murder, Legere claimed another person had struck the priest on the head. Legere said he went into the house the next night to attempt to open a safe, walking through the blood on the floor.

Legere also claimed someone else, whom he referred to as "buddy," was responsible for the sisters' murders, even though DNA evidence had linked him to the killings.

He similarly claimed he didn't murder Annie Flam, though he admitted to board members that he sexually assaulting her sister-in-law Nina Flam.

Legere even argued during the hearing that he felt he could train others to avoid a life of crime, claiming he was no longer violent. "At my age I could teach guys … how to get away from that lifestyle," he said.

The hearing, however, began with a statement from Mercedes Garcia, a Correctional Service of Canada parole officer, saying the service was recommending against granting Legere parole.

Garcia told the two board members Legere still remained in the high-risk category for engaging in violent activity.

"His gains in (prison) programs haven't translated into accountability, and he continues to show limited insights into his risk factors," the parole officer said, adding that Legere has a history of manipulating people and pathological traits that make it difficult to assess if he's telling the truth.

During a media briefing before the hearing, Paula Vargas, a spokeswoman for the board, said Legere can apply for parole one year from the denial. The board is required by law, she added, to conduct a review of his eligibility for full parole every five years, following a denial, whether he applies or not.

John Harris, a senior corrections manager who ran two of the living units at Renous, where Legere was held, said the killer should never be released.

"I'm not really surprised that he was denied," Harris said. "What I'm concerned about is that he'll be eligible to apply again … and he's going to keep poking at it. Eventually someone will feel sorry for him and grant him some kind of relief. I don't think he should ever get out."

Adam Lordon, the mayor of Miramichi, described the decision as a huge relief. "This means we can relax a little bit again until next time," he said.

— With files from Kevin Bissett in Fredericton.