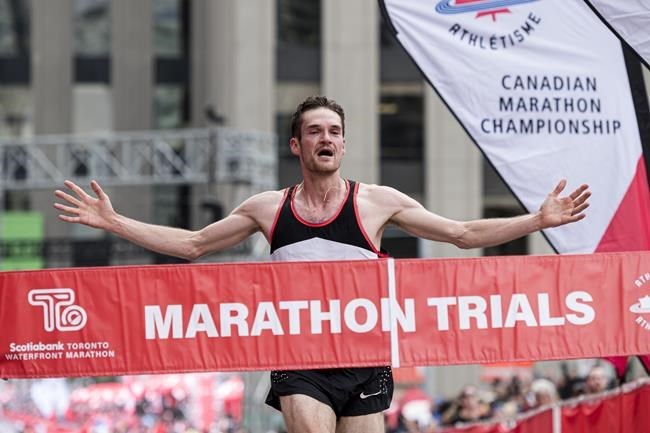 OTTAWA — Marathoners Trevor Hofbauer and Dayna Pidhoresky and race walker Evan Dunfee have been nominated by Athletics Canada for their events at the Tokyo 2020 Olympic Games.

The International Olympic Committee confirmed recently that the athletes who had qualified for Tokyo 2020 would maintain their spot despite the year-long delay due to the COVID-19 pandemic. The 2020 games are now scheduled for July 23 to August 5, 2021.

Hofbauer, a 28-year-old Calgary native, met the nomination criteria by winning the 2019 Canadian Marathon Championships in Toronto last October. His personal-best time of two hours nine minutes 51 seconds was under the Olympic standard of 2:11:30 for the men's marathon.

Pidhoresky, a 33-year-old from Vancouver, also met the nomination criteria with her 2019 Canadian Marathon Championship, crossing the line in a time of 2:29:03, just under the women’s Olympic marathon standard of 2:29:30.

Three other women have met the initial qualification time for the Olympic Marathon: Malindi Elmore (2:24:50), Rachel Cliff (2:26:56) and Lyndsay Tessier (2:42:03). Athletics Canada can select two of the three.

Dunfee finished a minute faster than the Olympic 50-km race walk standard at a race in Japan last spring, coming in at 3:49:00. The 29-year-old from Richmond, B.C., finished fourth in the event at the 2016 Rio Olympics.

Athletics Canada’s final list of nominations will be submitted to the Canadian Olympic Committee in 2021, closer to the Games.