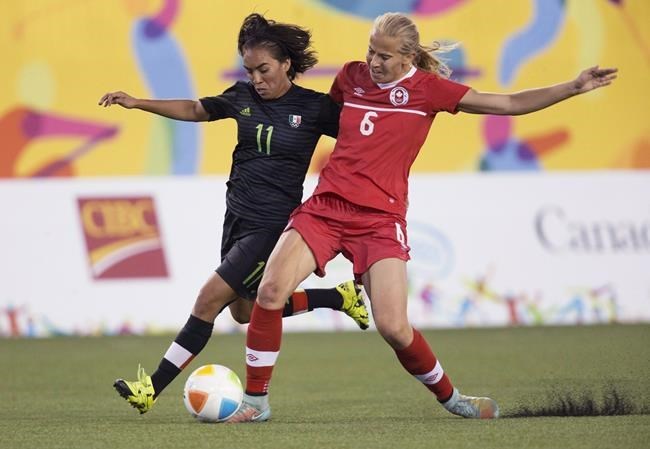 Canadian international Rebecca Quinn has returned to the NWSL, signing with Reign FC.

The 23-year-old midfielder from Toronto, who can also play on the backline, comes from France's Paris FC where she had signed in February.

Quinn, who made three appearances at the recent World Cup in France, has won 51 caps for Canada.

"Rebecca is a player who we think will fit our system well," Reign FC head coach Vlatko Andonovski said in a statement. "She has a knowledge of our league from last year and her versatility means she can help us in a lot of ways."

Quinn, who played her college soccer at Duke, became the highest-drafted Canadian in NWSL history when the Washington Spirit took her third pick in the 2017 NWSL college daft. She played 1,385 minutes across 17 appearances for Washington in 2018.

Reign FC, which plays its home games at Cheney Stadium in Tacoma, Wash., is third in the NWSL with a 5-2-5 record.

The team is home to U.S. star Megan Rapinoe.