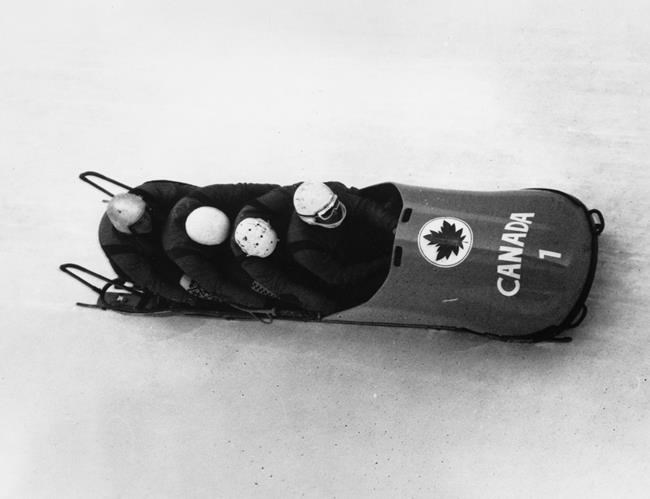 They won Canada's lone Olympic gold medal of the Innsbruck Games and country's first in bobsled.

The teammates were inducted into Canada's Sports Hall of Fame that year.

John piloted the sled. The inexperienced Canadians, who didn't have a home track in their country, were considered surprise winners over favourites Austria and Italy.

Their Hall of Fame biography said they had only four practice runs on the Innsbruck track compared to multiple runs by the Italians and Austrians.

Anakin, born in Chatham, Ont., was the smallest member of the team at five foot seven and 150 pounds. He also represented Canada in luge in Innsbruck.

Anakin dropped out of the luge competition after two runs because of minor injuries, and also because of scheduling conflicts with the bobsled competition, according to the Canadian Olympic Committee.

After retiring from sliding sports in 1967, Anakin taught outdoor education at John Abbott College in Montreal and owned a sports store in Beaconsfield, Que.

He coached the Canadian luge team at the 1972 Olympics in Sapporo, Japan.

Anakin died April 25, according to an obituary posted by a B.C. funeral home and the Montreal Gazette.

He is survived by his wife and two daughters.