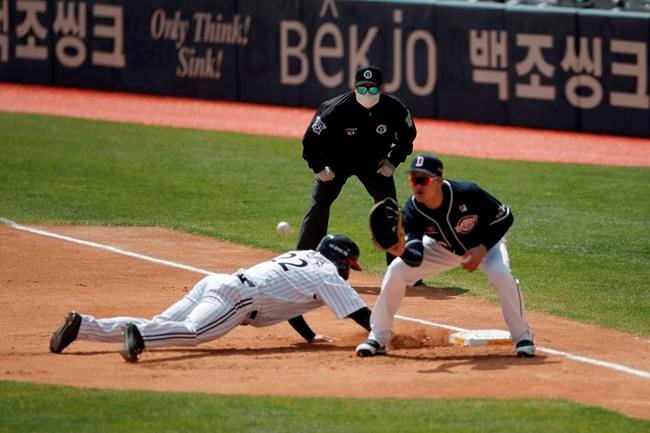 The agreement with Eclat Media Group was announced Monday, the day before the league is scheduled to open its season.

The first game featuring the NC Dinos taking on the Samsung Lions will air at 1 a.m. EDT Tuesday. Games will air regularly Tuesday through Friday at 5:30 a.m. EDT, Saturday at 4 a.m. EDT, and Sunday at 1 a.m. EDT. Most will be on ESPN2.

The defending Korea Series champion Doosan Bears will be on Wednesday against the LG Twins while the 11-time league champion KIA Tigers take on the Lions on Friday.

The agreement includes the and the Korea Series best-of-seven championship. The schedule and where ESPN airs them is subject to change pending the status of other leagues whose schedules have been affected by the coronavirus pandemic.

ESPN announcers will provide commentary in English from their home studios. Karl Ravech and Eduardo Perez will do three games this week, including the opener. Jon Sciambi, Jessica Mendoza and Kyle Peterson will also call games.