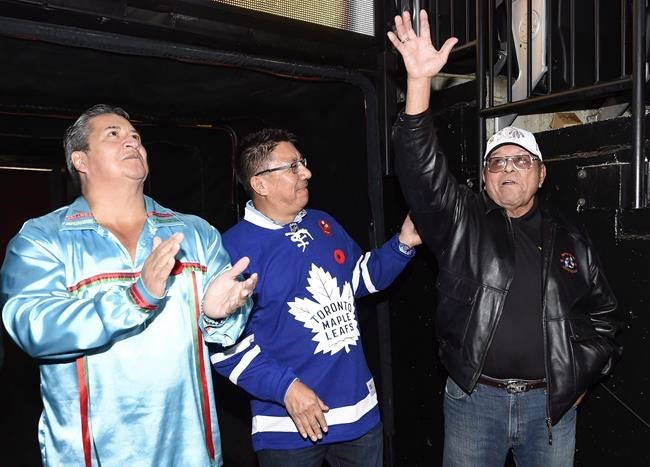 Fred Sasakamoose, one of the first Indigenous athletes to play in the National Hockey League, has been hospitalized over a presumed positive COVID-19 test.

Fred's son, Neil, later announced through a video on Facebook Saturday that his father had been admitted to hospital after feeling shortness of breath and wheezing.

A photo of Fred alongside a nurse was later posted to his page Saturday evening saying that Fred is "fighting".

Sasakamoose played 11 games in the National Hockey League in Chicago during the 1953-54 season, splitting time with the Moose Jaw Canucks of the Western Canadian Junior Hockey League.

The 'Hawks posted on Twitter, and in the comments of Neil's statement, that they are keeping Fred in their "thoughts and prayers".

This report by The Canadian Press was first published Nov. 21, 2020.

Blue Bombers finally get to unfurl Grey Cup banner, with a familiar foe watching
Aug 3, 2021 5:59 AM