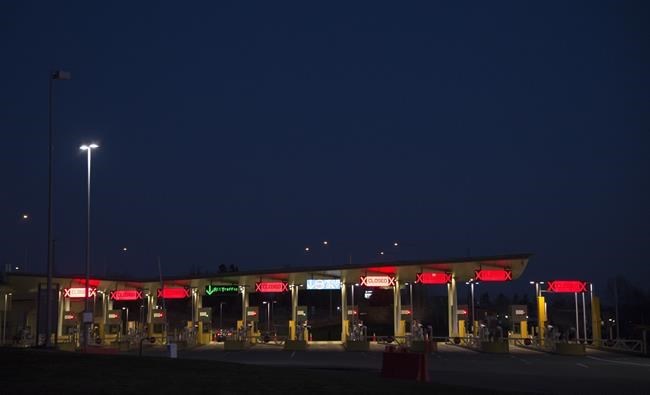 TORONTO — Golf may be returning to Canada soon, but the nation's professional golf tour is still waiting to see what happens next.

Scott Pritchard, executive director of the Mackenzie Tour, says that although golf courses are opening up on a province-by-province basis, until the border between the United States and Canada is reopened, the lower-tier pro circuit is on hold.

"When you consider that a large number of players that play on the Mackenzie Tour are based not only in the U.S. but also a significant number are international players, it brings some uncertainty in terms of what we're going to be able to pull off this season," said Pritchard, who added that there are several scenarios where the Mackenzie Tour will have tournaments in 2020.

"Until we have clarity not only about the border, but also the quarantine rules and what that's going to look like, we're just waiting."

The Mackenzie Tour season was supposed to kick off on May 28 with the Canada Life Open at Seymour Golf and Country Club in Vancouver. But the Canada Life Open, and the next six events through to the Windsor Championship on July 16 at Ambassador Golf Club in Windsor, Ont., have been postponed.

The top-flight PGA Tour is holding two charity events in May and a true resume of play is expected on June 11 with the Charles Schwab Challenge at Colonial Country Club in Fort Worth, Texas.

The second-tier Korn Ferry Tour is scheduled to return on the same date with the Korn Ferry Challenge at TPC Sawgrass in Ponte Vedra Beach, Fla., but there's no start date for the Mackenzie Tour just yet.

Pritchard says that's an advantage, however.

"We feel well positioned, specifically in golf, to adhere to any of the policies and procedures (for COVID-19) in order to operate a safe event in a safe environment," he said. "We'll also have the best practices and key learnings from both the PGA Tour and the Korn Ferry Tour.

"We'll be able to take a lot of the key learnings from those two events and implement them into our events at the appropriate time."

Ontario became the latest province to relax restrictions on its courses when it announced Thursday that golfers would be able to start teeing off this weekend as part of phase one of the province's re-opening plan.

Still, there are other obstacles for the for the Mackenzie Tour to overcome. Waiting for the Canadian border to reopen to non-essential travel is the biggest hurdle, but there are other factors at play including regulations on quarantines, travel between provinces, and municipal regulations.

The City of Toronto's decision to cancel all event permits for most of the summer was a nail in the coffin of the PGA Tour's RBC Canadian Open, which has since been cancelled for the first time since the Second World War. Similarly, the Shaw Charity Classic, a Champions Tour event scheduled for late August, is also in danger after the City of Calgary cancelled all of its event permits up to Aug. 31.

Pritchard says the Mackenzie Tour has been in contact with all levels of government and continues to monitor the situation.

"We're having all the right conversations, we're not really getting any answers at this point (...) and that's fine, it's totally understandable," said Pritchard. "We'll just wait for our turn and, hopefully, we can pull something out."