McDermott says there's nothing wrong with errors, as long as you learn from them 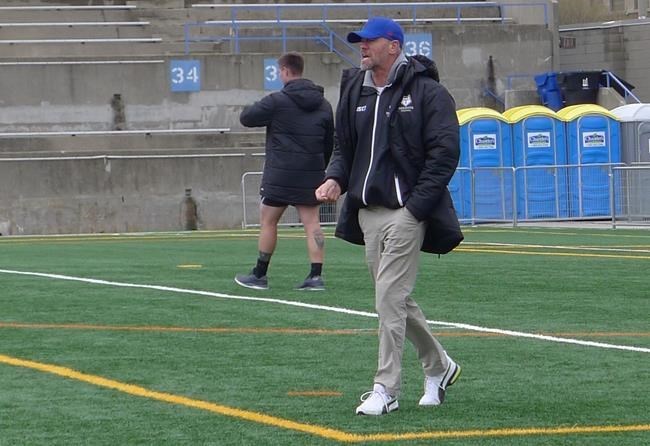 Toronto Wolfpack coach Brian McDermott doesn't mind errors. And when it comes to coaching, more is actually less for the former England and Great Britain international.

McDermott, one of the most successful coaches in English rugby league, offered up his insights Thursday on leading a team — be it sports or business.

For the former British Royal Marine, mistakes are all part of the learning experience.

"Nobody wants errors. In any industry, nobody wants an error. And in sport, you would image that we fear errors, we want zero errors," McDermott told a webinar sponsored by the Canada-U.K. Chamber of Commerce.

"But I think this might set me apart from most coaches. I don't fear errors. In fact I welcome errors. Not that I coach or manage a group of men to do them on purpose. But my reaction to errors is almost a matter of fact: 'Right, OK. You've done it. You've laid a few wrongs bricks. You know what you've done. You know why you've done it. Go away and lay another thousand but don't make the same mistake.'"

Shouting at athletes in the wake of a mistake just means the group will fear failure, he said.

McDermott says he expects errors from his team in the early part of the season.

"Don't fear them. Don't make them doubtful of themselves while they're making those errors. But absolutely make sure they learn through their errors. Now they're not going to learn if they fear the reaction of the error way more than the learning part of the error."

And McDermott believes if you have the right people in the group, normally they will figure out the errors themselves. So he tells coaches to ease up on the whistle and let the players work it out.

He also believes in second chances, albeit while noting there are "certain no-no's" that demand instant action.

But people will make mistakes.

"If you go through life and expect people to be error-free, I believe you're either naive or you're going to be very disappointed."

McDermott says coaches — or leaders in business — should put their egos aside and ask for opinions and feedback on the shop floor when things are not going right.

"Don't be scared to meet everybody. I've got some guys on the lower end of the pay scale who haven't played many games but sometimes they come up with absolute gems of ideas about what we should do."

McDermott must be doing something right.

In eight seasons at the helm of Leeds Rhinos, he won four Grand Finals, two Challenge Cups, a League Leaders' Shield and World Club Challenge. He was fired by Leeds in July 2018 with the injury-ravaged club mired in a losing streak.

He took over Toronto in November 2018, leading the club to promotion in his first season in charge.

The transatlantic Wolfpack (0-6-0) are currently on hiatus in England and have not played since March 11, when they blanked Huddersfield Giants 18-0 in the fifth round of the Challenge Cup.

On March 16, Super League and the Rugby Football League suspended play until April 3 due to the global pandemic. The suspension was then made indefinite.

Teams remain idle, and player and staff pay has been reduced.