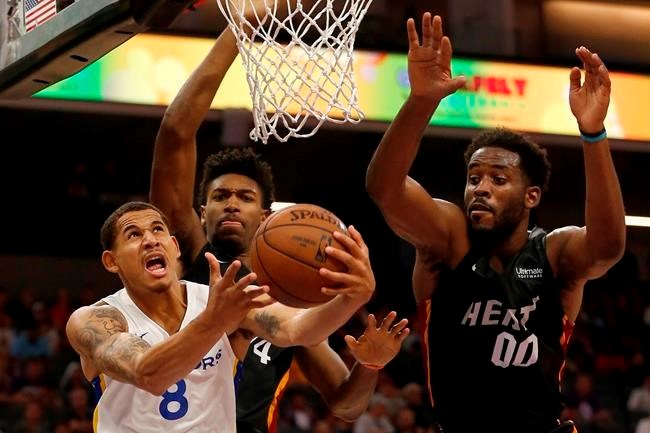 The six-foot-11 big man from Milton, Ont., played in eight Summer League games with the Heat after going undrafted at last month's NBA draft. He averaged 4.3 points, 6.3 rebounds, 1.38 blocks in 15.9 minutes and shot 43.8 per cent from the field and 75 per cent from the foul line.

Prior to joining the Heat, Alexander played four seasons at Tennessee, where he ranks second all-time in blocks (185) and fifth in offensive rebounds (287). His 64 blocks during his senior year were the second most in a single season by a Volunteer.

Alexander was part of the Orangeville Prep Athlete Institute in high school, where he played with Denver star guard Jamal Murray and Detroit centre Thon Maker.