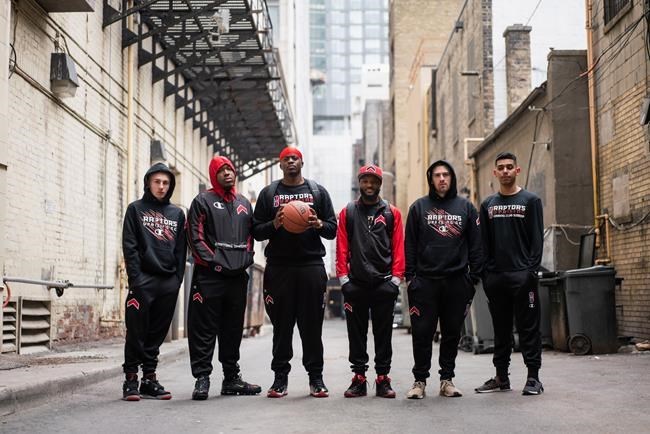 TORONTO — After a six-week delay due to the global pandemic, the NBA 2K League tips off Tuesday with 23 teams chasing US$1.4 million in prize money.

The esports circuit will contest at least the first six weeks of its third season via remote play. The hope is games will eventually return to the NBA 2K League Studio in New York when it is deemed safe to do so.

Anything can happen in this virtual league. T-Wolves Gaming won last year's title with Knicks Gaming claiming the inaugural crown in 2018.

Raptors Uprising GC made the playoff quarterfinals in 2018 after reeling off a 7-1 run to finish the regular season fourth at 8-6. Last year was less successful with the Canadian squad finishing 12th at 8-8.

The Toronto team has a challenging start to the season, facing 76ers GC on Tuesday and Wizards District Gaming on Wednesday.

Still, Raptors Uprising enters the season full of hope, with the belief it has built a balanced roster that will help franchise player Kenneth (KennyGotWork) Hailey flourish.

In Donald, who returned to the league via the February draft, Toronto has an elite defender with a lot of experience and some baggage. After playing for Kings Guard Gaming in 2018, he sat out last year after being suspended for sharing "inappropriate and offensive videos" over social media.

Donald, 25, makes no excuses, saying he only has himself to blame and has learned from his mistakes — and a mandated sensitivity course.

Toronto was a preferred destination.

"I've been watching the Uprising for quite some time," said Donald, who played basketball at Cincinnati State before being sidelined by a knee injury. "So it was one of these places I wanted to be from the jump, because I wanted to play with Kenny.

"I'm just thankful to be here. I'm just glad to be back in the league and I'm ready to get to work. Toronto's been amazing. I think it's going to be a great spot for me."

Hailey is now locked in at point guard with Donald at shooting guard where he can showcase his lockdown defence. Flowers is the second ball-handler with Rivas and Gerald Knapp completing the starting five.

"This season you've got six guys that understand Kenny," said Donald. "Kenny's just one of those guys that with a great supporting cast around him, he can lead you to places that some people have never been.

"We're just going to let him play his game ... We all know our roles."

Donald has been compared to a virtual Bruce Bowen, although he prefers a Kawhi Leonard comparison.

"There's chemistry throughout the lineup," said Shane Talbot, the esports manager at Maple Leaf Sports and Entertainment who went into the draft looking to complementary pieces for Hailey and Gerald Knapp, his centre.

It was the third draft for Talbot and proved to be a far smoother experience than his first. Back then his headset failed and he had to use his cellphone, which was held up to his ear so long that his index finger started throbbing.

Talbot likes what he's seen in pre-season. "It seems, at this point, that the plan is coming together," he said.

The six Raptors Uprising players live together in a well-appointed house, complete with an impressive gaming setup in the basement.

Still, it's a gilded cage during the pandemic.

"They've got everything that a gamer would need but it's been tough on everyone," said Talbot.

Playing remotely adds a new element this season. Lights, cameras and the action of the crowd will all be missed.

Played live, there is also interaction between the teams.

Often it is just trash-talking but it can escalate. Two players were suspended for their role in a post-game melee after an NBA 2K League game between Celtics Crossover Gaming and Hawks Talon GC in April 2019.

"And that affects players, there's no doubt about it," he added. "The banter that takes place in the studio can throw players off their game."

Raptors Uprising enters the season without an official coach, although Talbot says there is plenty of strategic savvy among the players. "Coaching support" is also available as well, as from help elsewhere from the league's and MLSE's data analysts.

Each remote matchup will be played in a best-of-three format with one series victory representing one win in the standings. Raptors Uprising will play nine matches over the first six weeks.

Each team is expected to play 16 games, the same as last year, with three in-season tournaments also scheduled.

Games will be broadcast live on the NBA 2K League's Twitch and YouTube channels.

The league is a joint venture between the NBA and video game publisher Take-Two Interactive.