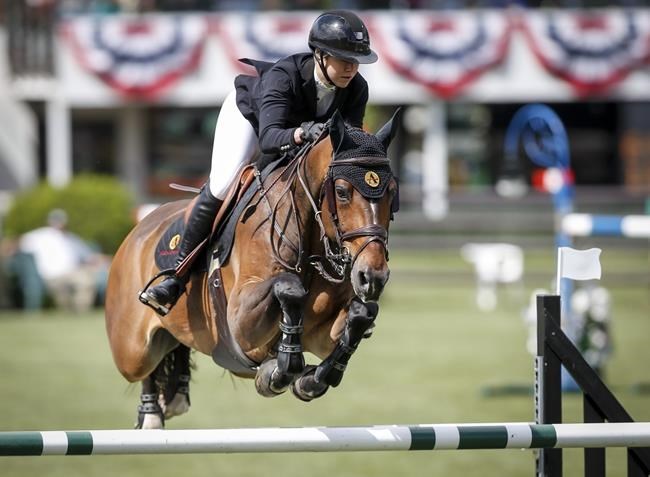 CALGARY — Spruce Meadows has cancelled its marquee Masters show jumping tournament scheduled for September because of the COVID-19 pandemic.

The equestrian and soccer facility in Calgary had already called off its summer competitive season that features four tournaments over five weeks starting June 4.

The Masters was scheduled for Sept. 9-13.

Spruce Meadows planned to offer $6 million in prize money in 2020. The tournament season draws almost half a million spectators annually to watch the top horses and riders in the world.

"This is particularly true as it relates to the 560 full time jobs, the $45 million in wages and the nearly $90 million in tourism related economic activity that are attributed to the Spruce Meadows International Show Jumping season."

Spruce Meadows, founded by Ron and Margaret Southern, opened in 1975 and continues to be run by the family.

Spruce Meadows is also the home of the Canadian Premier League's Cavalry FC. The professional soccer league has postponed the start of the season because of the pandemic.

The virus that has infected almost 6,000 people and killed 104 in Alberta is concentrated in the Calgary area, where 70 have died and almost 4,000 have been infected.

"In these times of global uncertainty, the health and well-being of our sponsors and their employees (many of whom have been with us for our entire history), our competitors, officials, volunteers, fans, the media, Spruce Meadows’ staff and the community at large continues to be our top priority," the statement said.