UK government keen on EPL resuming in June, with conditions 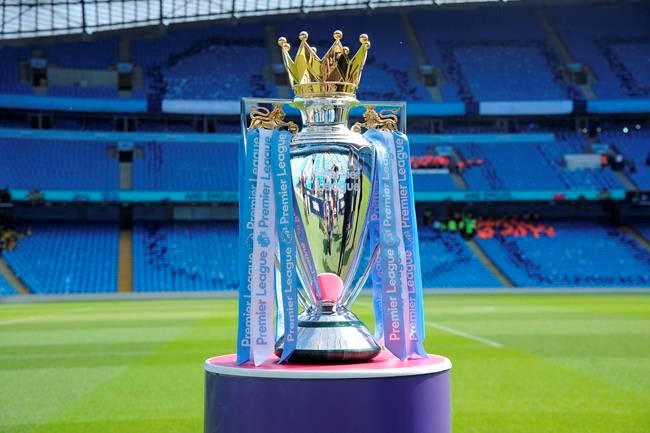 MANCHESTER, England — The Premier League received government backing on Thursday to resume next month — if games become more accessible to fans shut out of stadiums and the world's richest soccer competition spreads its wealth more across the English game.

The top division is the most advanced in its planning to restart amid concerns the three other professional football leagues in England could lack the funding to resume without ticket revenue from supporters.

While the national coronavirus lockdown is starting to be eased, mass gatherings are still banned and fans are not allowed to attend sports events. The Premier League, though, needs to complete its season in order to fulfil lucrative broadcasting contracts.

“The government is opening the door for competitive football to return safely in June,” Culture Secretary Oliver Dowden said after talks with the football authorities. "This should include widening access for fans to view live coverage and ensure finances from the game’s resumption supports the wider football family.”

Players are still having to maintain social distancing in training.

“It is now up to the football authorities to agree and finalize the detail of their plans, and there is combined goodwill to achieve this for their fans, the football community and the nation as a whole," Dowden said. "The government and our medical experts will continue to offer guidance and support to the game ahead of any final decision which would put these plans into action.”

The next step would be allowing contact training among sports teams, if there is no new spike in COVID-19 cases nationally.

England’s deputy chief medical officer, Jonathan Van-Tam, said they will assess how the phased return of training goes before they “even think about moving on to the return of competitive football matches. We have to be slow. We have to be measured.”

The government reported another 428 deaths in its daily update on Thursday, showing 33,614 people had died in hospitals, care homes and the wider community after testing positive for coronavirus in Britain.

There are reservations within football about trying to resume.

“What if we go through all this rigmarole of trying to get back started, and we have a second peak and we’re stopped anyway?” Brighton striker Glenn Murray told broadcaster Sky Sports. “I just can’t understand after just sort of loosening the lockdown why we’re in such a rush to get it back. Why can’t we just wait sort of a month or so to see if things go to plan?”

The Premier League television deals in the current three-year cycle are worth 8.3 billion pounds ($12 billion) but the competition fears a deficit of hundreds of millions of pounds even if the season can be completed