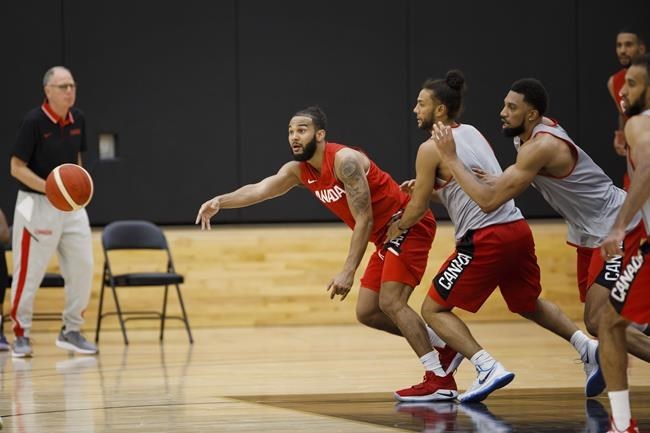 VICTORIA — Canada's men's basketball team will still get a chance to qualify at home for an Olympic berth.

FIBA announced Thursday that four Olympic qualifying tournaments for the Tokyo Games, including one in Victoria, will be held between June 29 and July 4, 2021.

Victoria was originally scheduled to hold a last-chance qualifying tournament June 23-28, but was postponed by the COVID-19 pandemic that also pushed the 2020 Olympics back a year.

Canada, Greece and China will make up Group A in Victoria, while Uruguay, Czech Republic and Turkey will make up in Group B.

The tournament winner will lock down an Olympic berth.

Croatia, Lithuania and Serbia will host the other tournaments.