My column has featured many large families in the Cochrane area who have resided here for generations.
Apr 10, 2013 12:00 AM By: Cochrane Eagle Staff 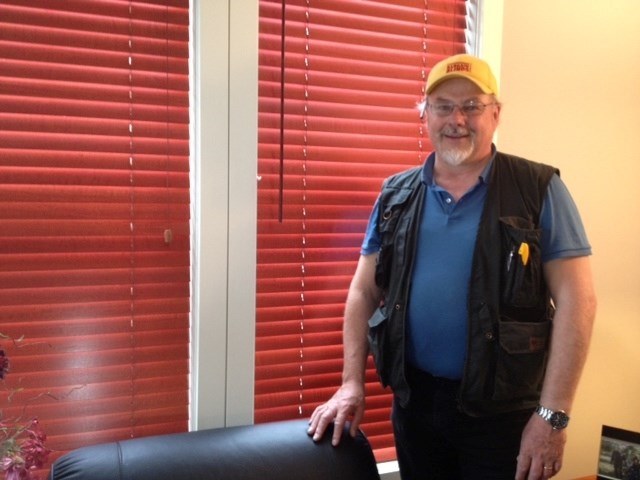 Tim Ellenbroeks and his wife Margaret moved to Cochrane in 1992 and immediately got involved in the business scene.

My column has featured many large families in the Cochrane area who have resided here for generations. It is time to give recognition to the more recent residents, sometimes called ‘city folk’ who discovered the tranquility of small town living and have actively contributed to the growth and vitality of Cochrane.

The Ellenbroeks are one of many families who moved here in the ‘90s, taking an active part in the social and business sector in our town.

Tim and Margaret met at SAIT in 1980. Tim was specializing in marketing and Margaret in accounting. They married in 1984 and had three children: Christine, a recreation therapist; Matthew, who is a welder; and Jonathan, working in an auto body shop; all now living in Calgary. Their children were home-schooled and all attended army cadets in Cochrane, while actively participating in the family businesses.

When the Ellenbroeks moved here in 1992, they purchased an acreage just outside of town and enjoy raising cows, chickens, turkeys and broilers. Margaret just finished taking a bee-keeping course and has ordered her nucleus to get started this year.

Tim shared some interesting information: “If you eat locally grown honey, it will get rid of your allergies.”

Tim is also busy building a greenhouse in his spare time.

In 1994 they opened a store called Pet and Brew on Railway Street and River Avenue. They carried fish, reptiles, budgies, canaries, hamsters, gerbils and even the odd ferret; providing pet food and supplies needed. The store also carried beer and wine making equipment for the home-brewer. When their rent in that building suddenly tripled after 15 years in operation, they decided to try something new; so Tim had a carpet and upholstery business for a while.

“The biggest issue facing Cochrane today is not the public transit debate; it is the fact that the commercial rents are too high for small business owners to manage,” Tim says.

“How do we get more thriving industry here in Cochrane — that is the big question?”

In 2010 Tim got the idea for another new venture.

His father was a painter and decorator, so Tim had an opportunity to become acquainted with various designers and became interested in the unique window blind treatments accenting home décor.

“I later realized the excessive profit taking in the blind industry, so I wanted to offer a reasonable blind product to the people of Cochrane,” he said.

Bargain Blinds was born. He has a store front on Hwy 1A, showing some displays.

Margaret has found her passion as a home-care worker with Alberta Health Services. She enjoys assisting and spending quality time with seniors, as does Tim. He often visits and likes to chat with the many seniors he meets at the legion and throughout his daily travels. Tim is a member of the Cochrane Legion and Knights of Columbus. Margaret is active in the Boys & Girls Club and is currently mentoring a young girl. She also supports alternative power sources for wind and solar energy for our community.

It is people like Tim and Margaret who have added business growth and sustainability to our community, adding to Cochrane’s reputation as one of the best southern Alberta towns to live in.