COFFEE WITH WARREN: A language of lines

And often that beauty is to be found in the patterns of lines just taken for granted.
0
Feb 8, 2020 6:00 AM By: Freelanced Submission 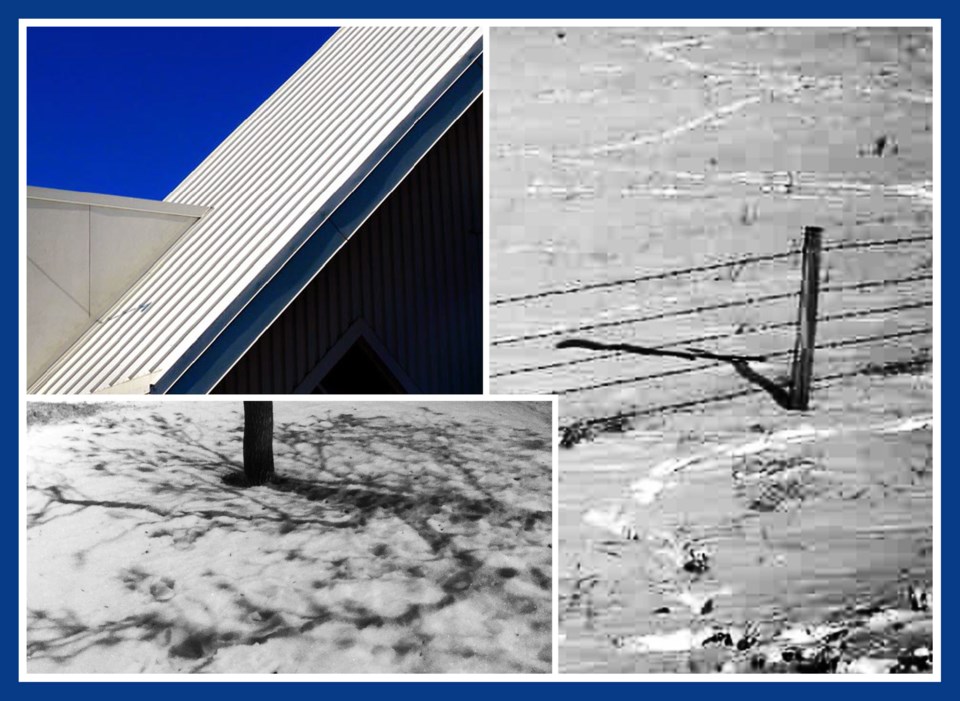 Lines speak a language of beauty and harmony. Photos clockwise from top left: No Frills roof lines by James Daubney, moose tracks in snow by Marlis McDouall, and street light shadow of Black Ash on snow by Warren Harbeck

Two strangers waiting for repairs to be completed on their cars get into a conversation about the arts. They contact me to come join them over coffee. And soon the frustration of waiting is replaced by the joy of contemplating the language of lines encountered in the everyday.

As it turned out, the two were not really strangers, after all. They had encountered each other many times through these columns. Marlis McDouall and Jim Daubney had often shared their stories and photos with us, inspiring us to open the eyes and ears of our hearts to the beauty all around.

And often that beauty is to be found in the patterns of lines just taken for granted.

As a serious photographer, Jim has a special fondness for patterns in architectural lines so easily taken for granted. There was the roofing on Cochrane’s No Frills store, for example. He’d captured it in a photo he’d taken some years ago, before they installed the sign.

“I loved the light and clarity and the white and blue,” Jim said.

That got Marlis thinking about the trail of moose tracks in the snow she’d come across.

“Very often how we interpret what we see or how it touches us emotionally is what makes certain vistas stand out,” she said. “I would assume that for most people the animal tracks in the snow are just that, something every day, mundane. I was thinking of the hidden stories these snowy tracks tell, what challenges were experienced and what was found at the end of the journey.”

This got me thinking of a similar pattern I’d encountered on our front lawn one recent evening. But it was not animal tracks. It was the shadow of our Black Ash tree cast onto the snow by the overhead street light.

Yes, as Marlis so perfectly put it, this is “a language all its own,” a language of lines.

Thanks, Jim and Marlis, for including us.