COFFEE WITH WARREN: Christmas Truce in the Light of Love

Christmas is the celebration of the birth of the Light of the World, Jesus. Of this the Gospel of John (4:4-14 NRSV) proclaims: “What has come into being in him was life, and the life was the light of all people.
Dec 25, 2020 3:15 PM By: Warren Harbeck 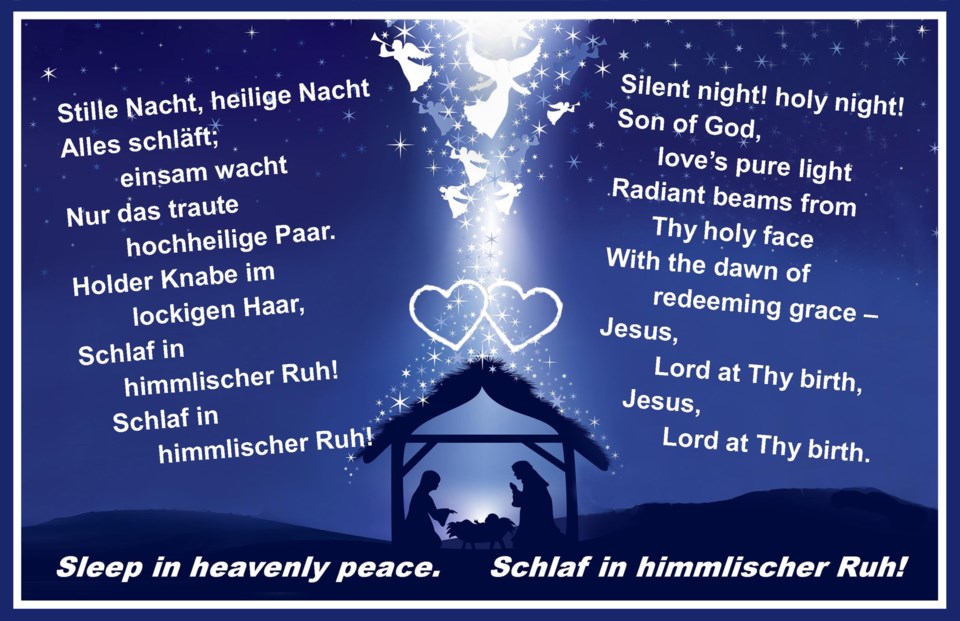 Light and love broke through the darkness of the First World War at the Christmas Truce of 1914. Graphic by Warren Harbeck with Photoshop clipart

Christmas is the celebration of the birth of the Light of the World, Jesus. Of this the Gospel of John (4:4-14 NRSV) proclaims:

“What has come into being in him was life, and the life was the light of all people. The light shines in the darkness, and the darkness did not overcome it….”

The glow of that Light shone brightly in the dark days of the First World War in what has come to be known as the Christmas Truce of 1914.

“The cannons rested silent . . . / As Christmas brought us respite from the war,” wrote John McCutcheon in Christmas in the Trenches, a ballad sung by John McDermott in his album Danny Boy.

The song celebrates, of course, that now-legendary Christmas Truce that broke out spontaneously among trench-weary combatants along the Western Front in Belgium and France in December 1914, in the early months of the First World War.

“I was lying with my mess mates on the cold and rocky ground / When across the lines of battle came a most peculiar sound,” recounts the narrator upon hearing German soldiers singing Christmas carols from across No Man’s Land, the mere hundreds of metres that separated the opposing sides.

“His truce flag like a Christmas star shone on the plain so bright / As he bravely trudged unarmed into the night.”

Soon all came out of their trenches “with neither gun nor bayonet,” risking extreme vulnerability for the sake of transparent goodwill.

They shared their stashes of brandy, candy, and cigarettes. They brought out family photos, engaged each other in games of soccer. And to the music of squeeze box and violin, “this curious and unlikely band of men” wished each other well that Christmas Eve.

Sadly, daylight brought with it a return to the trenches of war and death. But the memory of those light-affirming moments of peace lingers on.

Merry Christmas, my coffee companions, and may you be blessed in the Light of Love.