Coffee with Warren: Forgiveness in mind of Christ

In preparing for this week’s Lenten column, I viewed tenor Andrea Bocelli’s inspiring performance of The Lord’s Prayer for Pope Francis, and highly commend it to your ears and hearts, as well.
Feb 25, 2021 8:00 AM By: Warren Harbeck 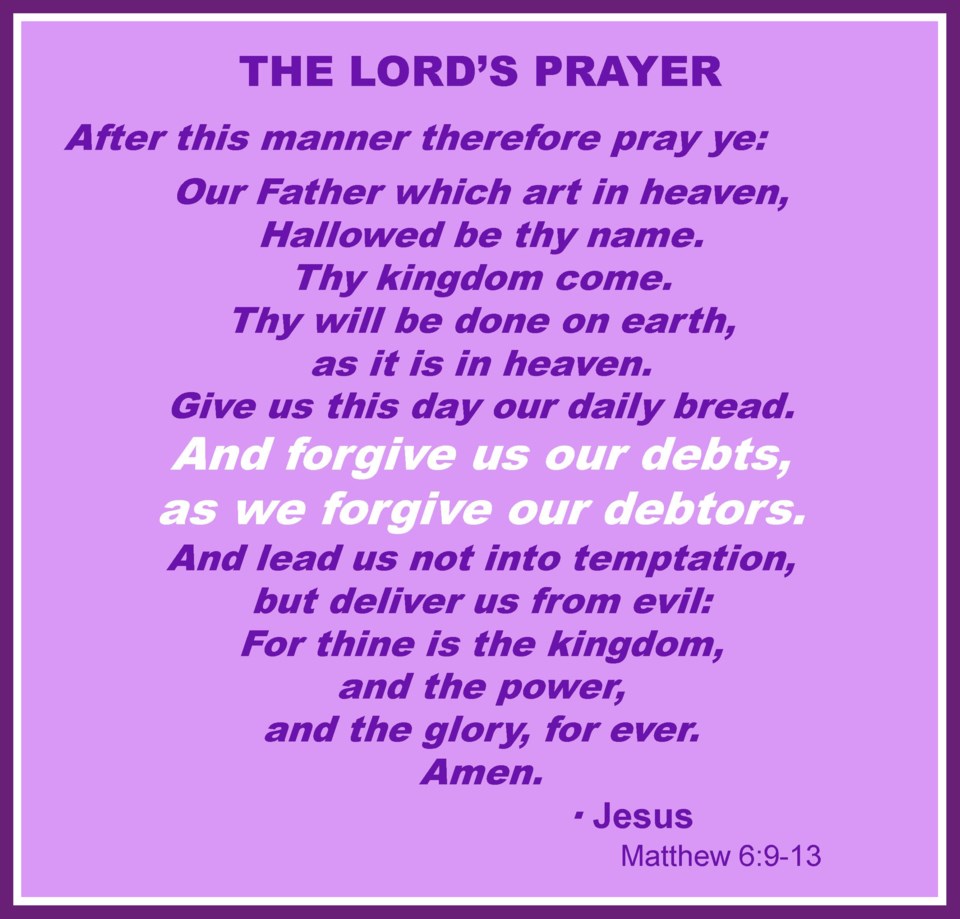 In preparing for this week’s Lenten column, I viewed tenor Andrea Bocelli’s inspiring performance of The Lord’s Prayer for Pope Francis, and highly commend it to your ears and hearts, as well. (Click here, or search under: Bocelli prayer Pope.)

What resonated with me while embracing once more Jesus’ model for prayer were the words, “forgive us our debts, as we forgive our debtors” (also familiar as “forgive us our trespasses, as we forgive those who trespass against us”). Indeed, these words relate beautifully to the mind of Christ for community wellness about which I wrote in last week’s column.

You’ll recall that I referred to the First Century church at Philippi and how an otherwise praiseworthy congregation was being undermined by competing self-interests, with its implicit holding of grudges and lack of forgiveness.

But in Jesus’ own words and example, He points to a better way in this prayer recorded in Gospel of Matthew, chapter 6. He even expands on it at the conclusion of the prayer: “For if you forgive others their trespasses, your heavenly Father will also forgive you; but if you do not forgive others, neither will your Father forgive your trespasses” (Matt. 6:14-15 NRSV).

Later, Jesus emphasized once more this covenantal nature of forgiveness in His parable of the unforgiving slave (Matt. 18:23-35).

A certain king was settling accounts with his slaves and came across one who owed him a sizeable fortune. Unfortunately, the slave couldn’t repay the debt, so the king threatened to sell off everything the slave had, including his family. But the “the slave fell on his knees before him, saying, ‘Have patience with me, and I will pay you everything.’” So, the king took pity on him and forgave him his debt.

Regrettably, that slave who had been forgiven so much came after a fellow slave who owed him a mere pittance. “Pay up!” he says in a threatening tone. His debtor pleaded for time, but his creditor refused and threw him in prison.

When the king learned of this, he brought the unforgiving slave in, reminded him of all that he’d been forgiven, and said, “You wicked slave! I forgave you all that debt because you pleaded with me. Should you not have had mercy on your fellow slave, as I had mercy on you?”

Jesus concludes: “So my heavenly Father will also do to every one of you, if you do not forgive your brother or sister from your heart.”

Yes, as Jesus sees it, forgiveness in our lives together in community is serious relational business. But this isn’t just words. Jesus Himself, betrayed by false accusations, and only minutes away from His physical death on a cross, pleads: “Father, forgive them. For they do not know what they are doing.”

EDITORIAL: Public health care measures should be left in the hands of medical experts
Apr 15, 2021 10:00 AM