COFFEE WITH WARREN: Quid pro quotes to lighten up

Well, world headlines have been dark lately, too, so it just seems like a good time for another brightness prescription.
Nov 30, 2019 9:00 AM By: Freelanced Submission 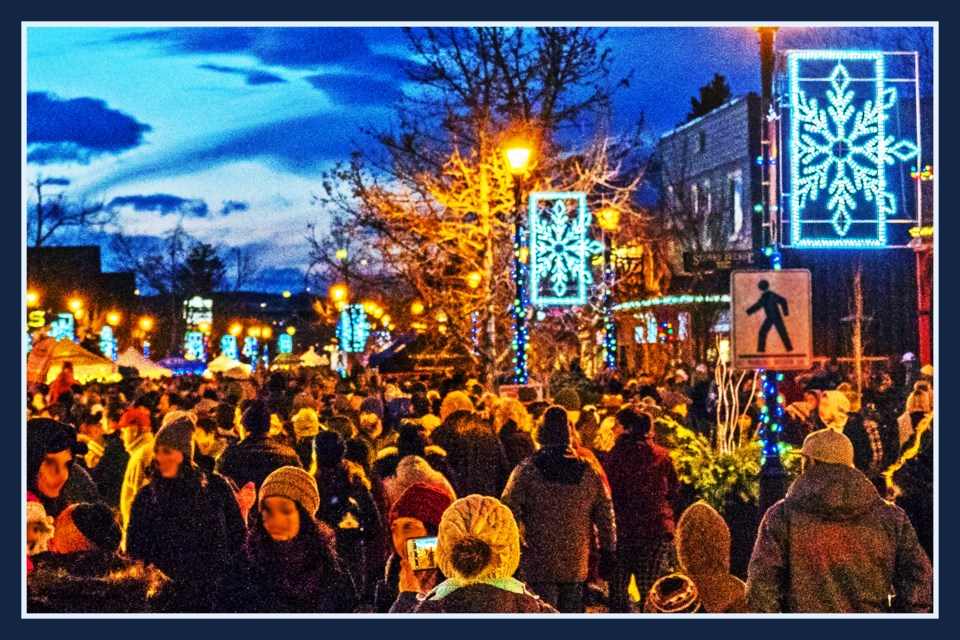 But yes, I do mean ‘quotes,’ and it’s all because of the inspiration of a recent book discussion and this past Saturday’s Cochrane Light Up.

Didn’t our friendly foothills town’s great tradition for beginning the holiday season cheer you up? I mean, beautiful lights on lampposts and storefronts, free hotdogs and hot chocolate, and more people gathered in our historic downtown than I could count! As the days get darker, it really brightened your spirit, didn’t it?

By the way, the play on words for quid pro quo came up originally during Elaine Phillips’s Nov. 5 literature discussions at the Cochrane Public Library – always enlightening, but this time with a twinkle in the eye.

Here are some quotes (with sources) suggested by participants:

“One can never have enough socks. Another Christmas has come and gone and I didn’t get a single pair. People will insist on giving me books.” (J. K. Rowling)

“I once bought my kids a set of batteries for Christmas with a note on it saying, toys not included.” (Bernard Manning)

“Once again we find ourselves enmeshed in the Holiday Season, that very special time of year when we join with our loved ones in sharing centuries-old traditions such as trying to find a parking space at the mall. We traditionally do this in my family by driving around the parking lot until we see a shopper emerge from the mall, then we follow her, in very much the same spirit as the Three Wise Men, who 2,000 years ago followed a star, week after week, until it led them to a parking space.” (Dave Berry)

My fascination with such quotes was fanned into a bright flame years ago by our longtime coffee companion, Fraser Pakes, who delighted in headline bloopers:

Of course, many of the quotes that have been most formative in our lives trace back to our childhood. Fred Rogers nails that thought as follows:

“I like to compare the holiday season with the way a child listens to a favourite story. The pleasure is in the familiar way the story begins, the anticipation of familiar turns it takes, the familiar moments of suspense, and the familiar climax and ending.”

And speaking of favourite stories, since the theme for this week’s column originated around Cochrane Library’s cozy fireplace during one of Elaine Phillips’s literature sessions, it seems fitting to conclude with an enlightening quote from that classic work Elaine is discussing on Dec. 3 and 10, 6:30 to 7:45 p.m.: Charles Dickens’s A Christmas Carol:

“I will honour Christmas in my heart, and try to keep it all the year.” – Charles Dickens

COFFEE WITH WARREN: Mission Mexico and the meritorious Father Fred MSM
Jul 9, 2020 8:00 AM