COFFEE WITH WARREN: Reflection on pond and Elders

A reader sent me a photo she had taken recently that beautifully illustrates a theme I’ve been pursuing: how the earthly can reflect the heavenly.
Aug 27, 2020 8:30 AM By: Warren Harbeck 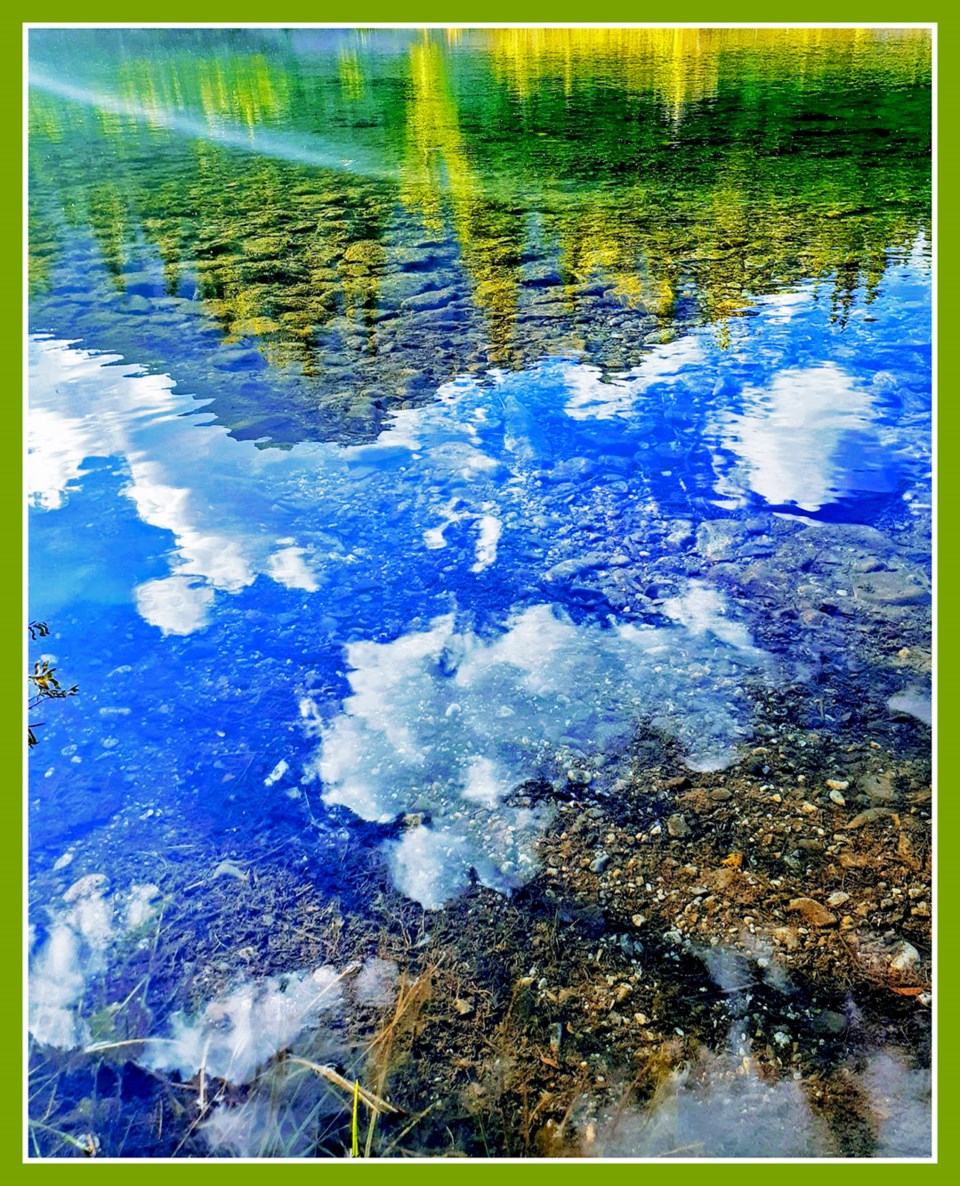 The reflection of clouds on a pond in Kananaskis Country inspired reader to reflect on the wisdom of Elders. Photo by Angela N. Kaquitts

A reader sent me a photo she had taken recently that beautifully illustrates a theme I’ve been pursuing: how the earthly can reflect the heavenly. In conversation with her, I sensed the photo also illustrates an important truth about the role of Elders in our lives.

Angela Kaquitts, of Morley, had a long week, she says, so she drove into Kananaskis Country to clear her mind. She paused along a pond, and there it was, a breathtaking reflection of heavenly clouds in the pond’s mirrored surface.

“The reflection brought calmness to my restless soul, haunting yet beautiful,” she says. “Just me and the reflection.”

Angela is a Stoney Nakoda community leader, promoter of the Nation’s linguistic heritage, and staunch advocate for Elders’ rights. Clearly, she is also an heir to the artistic eye for which members of her family are famous – her late grandfather, the artist Frank Kaquitts (Ganutha Îge “Sitting Wind”) and her late father, Gerald Kaquitts (my column for Feb. 21, 2007), for instance.

When I asked Angela for permission to share her photo with you, she agreed, with one condition: that I dedicate the column to one Elder in particular, her mother, Rhonda Kaquitts, a positive influence in her life for appreciating the beautiful gifts of the Creator, such as this reflection moment at the pond. Of course!

In addition to gratitude and seeing the bigger picture in life, qualities her grandparents and father exemplified, her mother is a model of endurance, perseverance and determination when the going gets tough, Angela says. “She has endured so much, yet she is still seeing things in a positive light. Her belief in our Creator has been very strong since she was a child. She has been my inspiration. My parents taught me to be who I am today.”

So, just as the pond reflects the beauty of the Creator’s heavenly handiwork, so too, Elders reflect the wisdom for living in the creation, and in both we find peace.

This column is dedicated to Angela’s mother, Rhonda Kaquitts.