COFFEE WITH WARREN: When life’s the pits, remember Joseph

Last week’s column looked to cherries for what to add to a whack pack for a world out of whack. With so much malicious misinformation bombarding us lately, the cherries advised us to add the wisdom, “Don’t swallow the pits.
Jul 23, 2020 8:00 AM By: Warren Harbeck 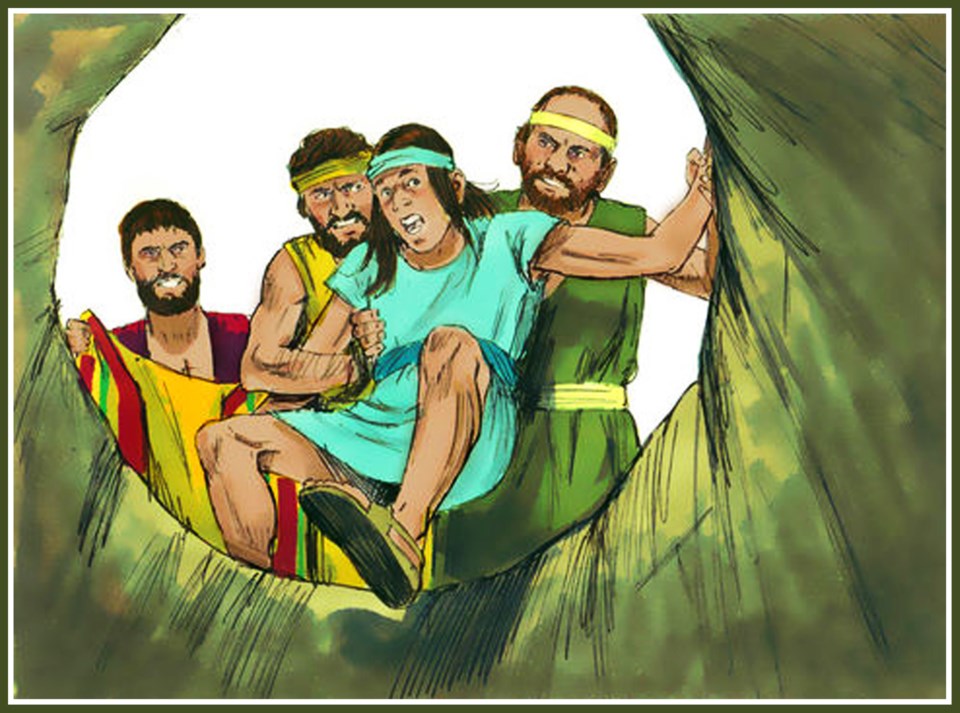 Biblical Joseph rose above life’s pits to be a harbinger of hope, a story of redemption.
Last week’s column looked to cherries for what to add to a whack pack for a world out of whack. With so much malicious misinformation bombarding us lately, the cherries advised us to add the wisdom, “Don’t swallow the pits.”

But sometimes it’s our own lives that are the pits, victims of others’ malice. Take revenge? One of my lifetime heroes offers a better way.

Remember the story of Joseph, son of Jacob (a.k.a. Israel) and great-grandson of biblical Patriarch Abraham (Genesis 37 and 39-50)? Joseph found himself in the pits on several occasions – and in one pit, literally! But he didn’t stay there.

Jacob doted on his teenaged son, Joseph, giving him a coat of many colours which didn’t make him too popular with his 10 older brothers.

One day Joseph told his brothers about a dream he had in which they bowed down to him. They wanted to kill him. When Joseph showed up while they were tending their father’s livestock, they saw their opportunity and said, “Come now, let us kill him and throw him into one of the pits.” Joseph’s life was spared at the last minute only because Judah, one of his brothers, made a deal with some Egypt-bound traders to buy him as a slave.

Life in Egypt was a pit of another kind for the Hebrew slave. Sold to Pharaoh’s captain of the guard, he excelled in his service and was placed in charge of all his master’s interests, only to be thrown into prison because his master’s wife falsely accused him of sexual assault.

In prison, he was put in charge of the other prisoners. One of them, the royal cupbearer, had fallen out of favour with Pharaoh. He had a dream and asked Joseph for an interpretation. Joseph told him the dream meant the cupbearer would get his old job back. In return, the cupbearer promised to put in a good word for Joseph. Joseph’s interpretation came true, but the cupbearer forgot his part of the bargain until two years later, when Pharaoh himself had a dream.

Pharaoh summoned Joseph from prison, and Joseph told him the meaning of the dream: that there would be seven years of plentiful harvest followed by seven years of famine throughout the region, and Pharaoh must appoint someone to oversee grain storage and distribution.

Pharaoh elevated slave Joseph himself to the second highest position in the land.

Two years into the famine, 10 brothers from the land of Canaan arrived at Joseph’s doorstep, hoping to purchase grain. Joseph recognized them, but they didn’t recognize him.

After enquiring about their family back home, he sent them away with grain – and with the first of a series of tricks that eventually forced them to return to Egypt with their youngest brother, Benjamin, their father’s pride and joy, whom Joseph threatened to keep in Egypt as a slave.

At this point Judah, the brother who had negotiated Joseph’s sale into slavery, stepped forward and pled with Joseph for Benjamin’s release, offering himself as a slave instead.

So touched was Joseph by Judah’s change of heart that he announced to his brothers, “I am Joseph.” His brothers shook with fear, thinking payback time had come.

But Joseph said: “Do not be distressed, or angry with yourselves, because you sold me here. For God sent me before you to preserve life. … Even though you intended to do harm to me, God intended it for good. …  So have no fear; I myself will provide for you and your little ones.”

Thus by God’s providence, the children of Israel found refuge from famine and a home-away-from-home for the next 400 years.

Yes, Joseph had found himself in the pits on several occasions. But those pits had allowed him to be at the right spot at the right time to be God’s agent of life and hope for his tormenters – an example for us when by God’s providence we, too, find ourselves in the pits.