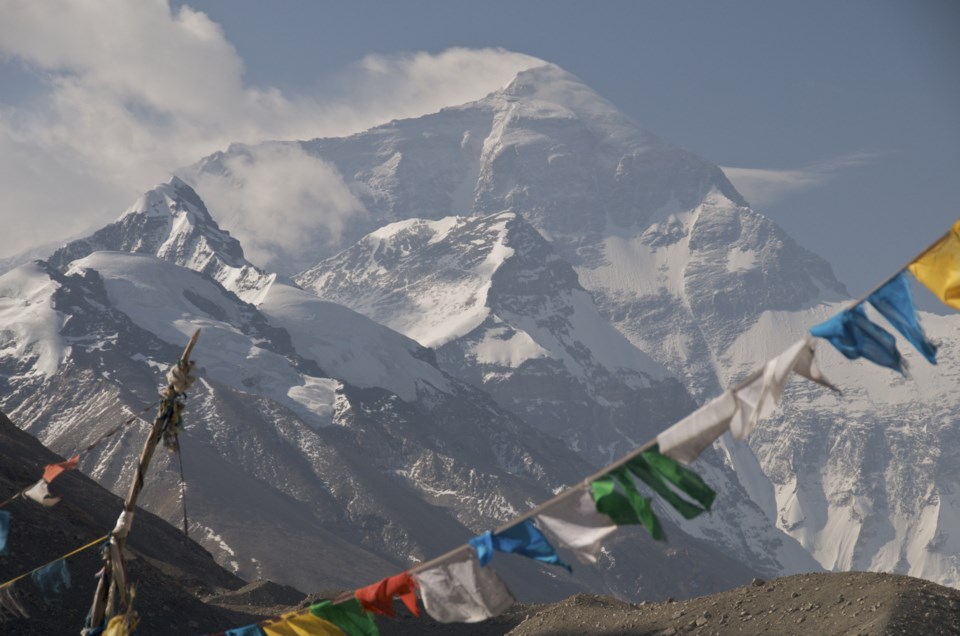 Mountaineer Martin: For three days and three nights Nanatuk Nathan, Sherpa Jyamchang, Baby Tahr and I made our way through “Porg Cavern”. Just as we were losing hope we saw the exit and headed out. We said goodbye to Baby Tahr and pushed on to Camp II. Arriving at the tent settlement I was handed a note by another Sherpa. It said “Made Camp II today. See you at Camp III. Best wishes... I have a box of frozen twinkies in my pack...we can all share them at the summit!” signed Crampon Charlie. I’ve known Crampon Charlie for many years. He is one of the top US climbers and is from New Jersey. He’s known for his crazy climbing gear and Father Christmas hat and beard. There was no time to lose. The next morning we left Camp II bright and early, next stop Camp III.

Nanatuk Nathan: Once we left Camp II, we continued up Mount Everest. It started colder and colder the higher we went but we knew we had to push through. Three hours after we left Camp II we stopped for lunch, we had turkey sandwiches and they were delicious. An hour or so after lunch we started hearing some scary noises and saw a small avalanche starting on the mountain. Thankfully we were able to run out of the way.

Mountaineer Martin: This week I received two texts. One from Summit Steve and his family, who are heading up the mountain, and the other from K2 Kristiana. She said “My two youngest children (15 and 12) left base camp with me yesterday. We are planning to follow the step plan that is on the tracking sheet. After day one we had some sore legs (my 15 year old thought he'd start fast but realized that is not the best approach) but we are looking forward to the next 95 days! Our plan is to make a donation to Sherpa Jyamchang each time we reach a camp.” Great to have you all on board.

We started the long climb towards Lhotse Wall. One morning, as Nanatuk Nathan was making his way around an ice turret he spotted a Himalayan Hare. Sherpa Jyamchang told him that this was an extremely rare sighting. It stood rock still with its ears pricked up then hopped away. Nanatuk Nathan is taking a break from the journal. It’s been a challenging few days and he’s catching up on his sleep, preparing for the next big push.

Martin and Nathan are raising funds to support Sherpa Jyamchang and his fellow Sherpa’s who have lost their jobs and livelihood due to the closure of Mount Everest on March 15th. So far they have raised $545 of the $5,000 target. If you would like to help them then please go to www.martinparnell.com and hit the big, red “DONATE” button. Thank you.

If you want to participate in your own “Climbing Everest” then email me at info@martinparnell.com and I will send you a route map, tracking sheet and completion certificate.