Fly fishing shop will have me as a regular customer

I just received some great news — Bottrel’s own Mike Day is opening a fly-fishing shop in late May or early June. It will be located in N.W. Calgary at Dalhousie Station under the moniker Iron Bow.
May 1, 2013 12:00 AM By: Cochrane Eagle Staff 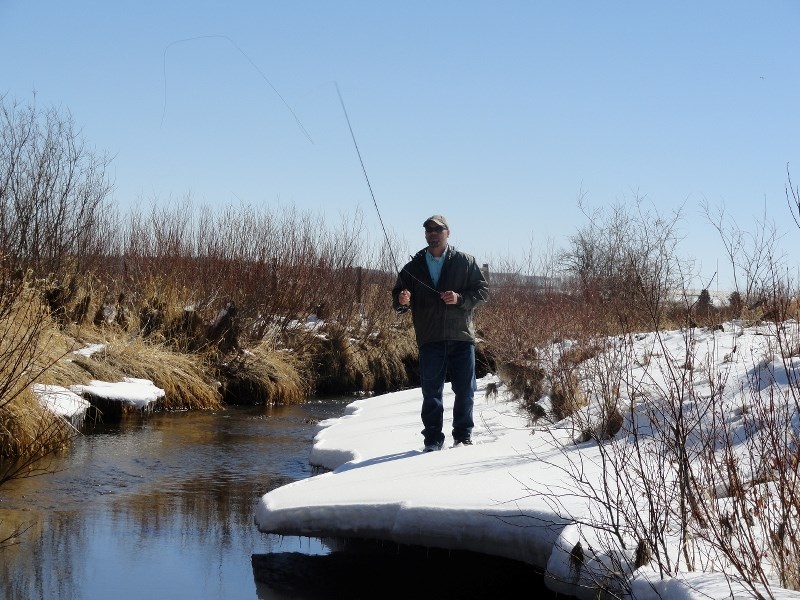 Mike Day is opening up a fly-fishing shop in Calgary.

I just received some great news — Bottrel’s own Mike Day is opening a fly-fishing shop in late May or early June.

It will be located in N.W. Calgary at Dalhousie Station under the moniker Iron Bow. This is terrific news for any fly angler who has been desperate to have a shop in the west end of the city. Most of the stores are located deep in the south end of Calgary, and it will be a relief to have something close to home.

Mike brings close to 25 years of experience as a guide and outfitter in the fly fishing industry. He first got his start in the late ‘80s as a shuttle driver for Country Pleasures. This is where he got to meet a lot of guides on the mighty Bow River and his fate was sealed from there. Cochranites might remember Mike from his days as one of the original employees at Smallman’s fly shop.

It should be interesting to see nearly 2,000 square feet of space loaded with a variety of gear in Mike’s new store. Fly rods and reels by the likes of Sage, Redington, Scott, and Lamson will be available. Also, RIO fly lines and Simms waders and wading boots will be offered.

“It will be a hard core fly fishing shop,” said Mike.

A heavy emphasis will be put on fly-fishing schools such as fly tying, kid’s schools and spey-casting clinics. A full guide service can be accessed for those who want to fish the lower Bow River and other streams in southern Alberta. Travel to exotic locations such as Cuba for reel burning saltwater species will also be on the docket.

One of Mike’s loves is fly patterns for fresh and saltwater, and there will be a healthy supply from local tiers and Idylwilde. For those who enjoy tying up their own patterns, a huge selection of fly tying merchandise will be there.

“The shop will be informative and friendly,” said Mike. “It doesn’t matter if you have two cents in your pocket or a million. Everyone will be treated the same.”

That said, I wish I did have a million dollars in my pocket because I see a large portion of my bank account dissolving at Iron Bow.