President Donald Trump’s defeat was celebrated around the world. This was heartening to witness because hate is a powerful motivator.
Nov 28, 2020 8:00 AM By: Trent Fox 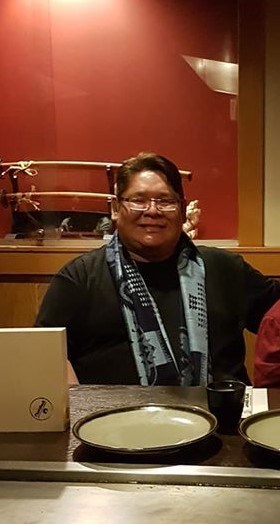 President Donald Trump’s defeat was celebrated around the world. This was heartening to witness because hate is a powerful motivator. Although millions turned out to vote for Trump and his policies, millions more turned out to vote against this outrageous man.

Trump’s presidency has underscored deep rooted racism that exists both in the United States and Canada. Indeed, the western world. As Trump’s presidency unfolded, the level of overt racism increased. People of European heritage found it more acceptable to display their racist views.

For many people of colour, it has been a shocking if not difficult experience. For some, it is a grieving process having lost loved ones. Chantel Moore and George Floyd, who were killed by police are but two examples. More recently, Joyce Echaquan died pleading for help as health professionals mocked her.

Can you put yourself in Echaquan’s moccasins? To have those who you have turned to for help ignore your pleas and demean you as you take your last breath must have been heartbreaking. Thankfully, Echaquan had recorded the incident on her phone. If she had not, her story would have never been told.

Unfortunately, some health professionals do not see it that way. They have not been educated to understand why treaties exist. Therefore, they view Indigenous people as receiving free health care and not as people who need their assistance.

That is not to say all health care professionals are racist. I have worked with health professionals and respect what they do. I am simply stating that it is prevalent within the industry. Many see dollar signs and not humanity.

As President Trump continues his racist tirades against African Americans, Mexicans, Muslims, and Native Americans, like-minded people have been emboldened, not only in the United States but here in Canada, to voice their views.

In Nova Scotia, commercial fishermen have attacked Mi’kmaq fishermen over treaty rights. In British Columbia non-Indigenous people harassed Wet’suwet’en protestors over unceded territory. From coast-to-coast Indigenous Canadians have been under attack. Even locally.

At a high school in Cochrane, non-Indigenous teenagers were recorded as they mocked Indigenous songs of ceremony and danced in front of Indigenous students. The Stoney students were humiliated but no one intervened. I will not identify the school to protect Stoney students. I just want parents to know that racism is hurtful and can undermine a person’s self-esteem. What might be considered juvenile behavior can have lasting effects for Indigenous youth facing an uphill battle in life.

Letter to the Editor: Banff-Kananaskis MLA Miranda Rosin being portrayed unfairly
Jan 22, 2021 7:00 AM