MARTIN PARNELL: The Decade by the Numbers

As the next decade begins I’m looking ahead to see what’s coming next.
Jan 2, 2020 12:00 PM By: Freelanced Submission 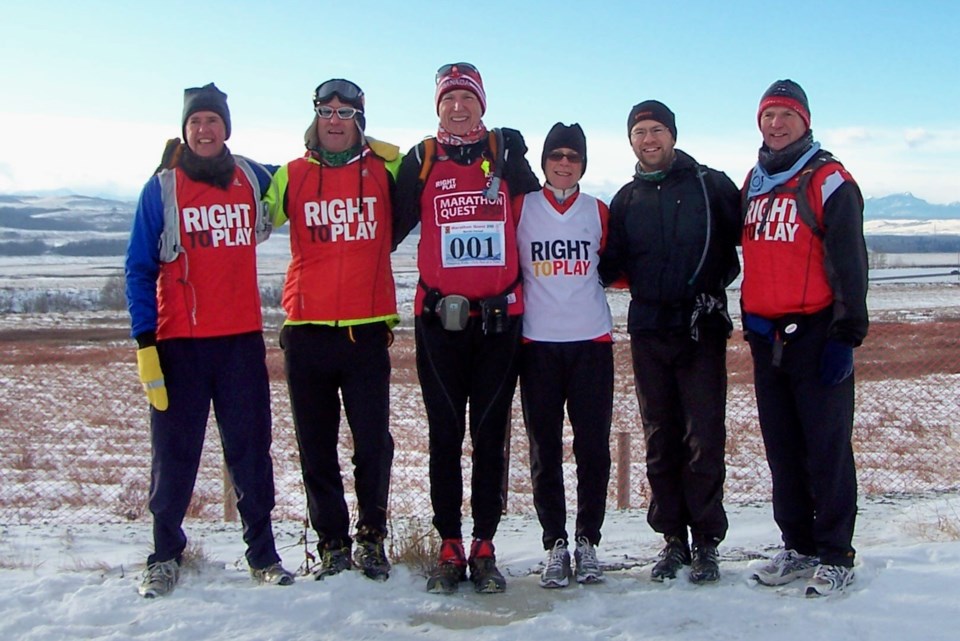 By Martin Parnell
Special to the Cochrane Eagle

When we arrived at Highway 1A and Horse Creek Road, a group of friends from the Cochrane Red Rock Running & Tri Club were there waiting for me. They had decided to run the first marathon with me, it was -30 C and I was pleased to see that the temperature hadn't stopped them. Mayor Truper McBride and some other town councillors were also there, as were news reporters from the Cochrane Times and Eagle and crews from CTV and CBC.

Mayor McBride said a few words and Sue took some photos. In one of them, my five running mates and I smiled madly for the camera. My friends were smiling because they had one marathon to run and were feeling excited at the start line. I was smiling because that is what you do when someone says, "Say cheese!" Even now, when I look at that photo, I remember what I was really thinking: "What the hell am I doing?"

So let’s see what happened between then and now with “The Decade by the Numbers”:

2 Health scares: a clot on the brain and a stroke

3 Books: Marathon Quest, Running to the Edge and The Secret Marathon

6 Afghan women and girls running the 2016 Marathon of Afghanistan

10 Year end Events: Right To Play, a Playground, Free to Run and Boys and Girls

17 Countries participated in The Secret Marathon 3K in 2019

19 Minutes in The Ageless Athlete documentary

77 Minutes in The Secret Marathon documentary

250 Marathons run in one year

1,014 kilometres run along the coast of England in 25 days

As the next decade begins I’m looking ahead to see what’s coming next. On April 20th I’m running the Boston Marathon so it’s time to crank up the training program. This means heading out on a new journey, one step at a time.