Meeting Malala - How to connect by making the right connections

It’s extraordinary how sometimes you meet someone and, through a series of connections, it can lead to an amazing opportunity.
0
Jun 7, 2019 8:26 AM By: Cochrane Eagle Staff 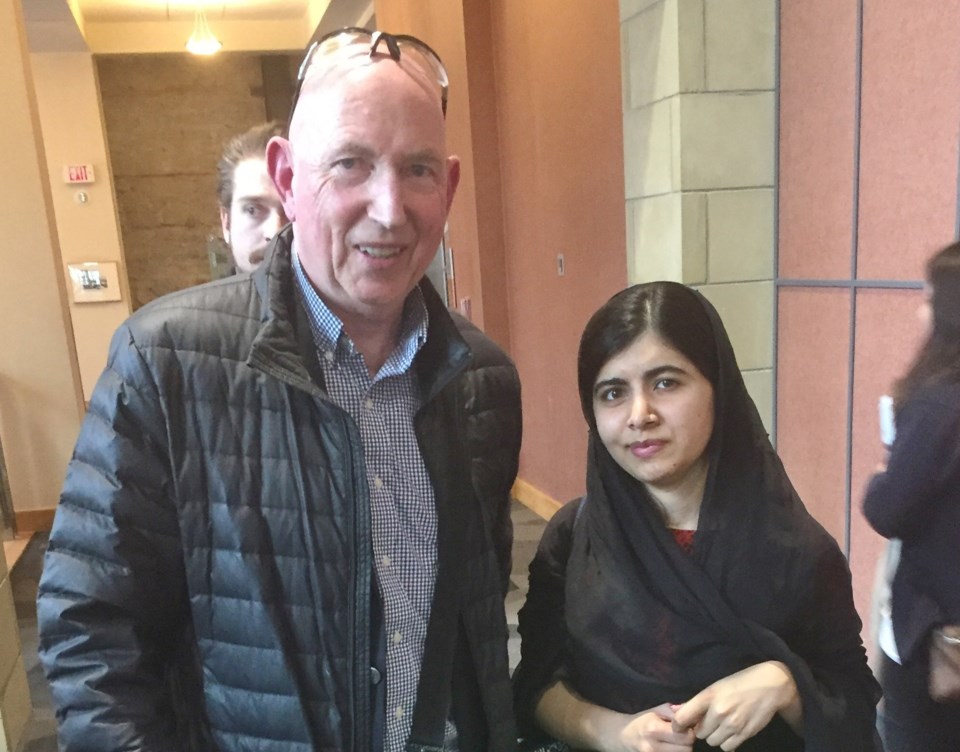 It’s extraordinary how sometimes you meet someone and, through a series of connections, it can lead to an amazing opportunity.

Three years ago at my year-end fundraiser in Cochrane, raising donations for Free to Run in support of a kayaking and camping trip for Afghan women and girls, I met Umair Khan.

I next met up with Khan at an event organized by my friend Gitti Sherzad, who appeared in my TEDx talk and had founded Pillars for Afghanistan, an organization that was raising funds for an orphanage in Kabul.

Recently, I went to The Art of Leadership for Women Conference at the Telus Centre in Calgary. I had been looking forward to this event for months and the main reason was that Malala Yousafzai would be speaking. Yousafzai’s story had been an inspiration to me as I travelled to and from Afghanistan running marathons in support of the women and girls who run for freedom and equality.

Yousafzai was born in the Swat district of northwestern Pakistan, where her father was a school owner and was active in educational issues. After having blogged for the BBC since 2009 about her experiences during the Taliban's growing influence in the region. In 2012 the Taliban attempted to assassinate Yousafzai. A gunman boarded her school bus and shot her in the head. She survived, but underwent several operations in the UK, where she lives today.

Arriving at the conference I not only wanted to hear Yousafzai speak but I was hoping to meet her and give her a copy of my book, The Secret Marathon. As it turned out, I learned that Khan was not only going to be at the event, but is a close friend of Yousafzai’s Father and had been at Yousafzai’s side when she was in hospital, after having been shot by the Taliban.

Umair told me that I was to connect with him at the end of the event and he would try and arrange a meeting with Yousafzai. At 4.30 p.m. I waited at the designated spot and after 30 minutes, Yousafzai appeared. She was with two of the conference organizers and Khan. They walked over to me and Khan introduced Yousafzai. I gave her a copy of my book and I mentioned to her that if she ever wanted to run a marathon I would be happy to send her my training program.

It was a meeting I will never forget, however it didn’t just happen by chance, it was because I had met Khan three years earlier and we had become friends.

When you make connections it can be the beginning of a journey. Be open to the people you meet, you never know where it will lead and for me it led to meeting Yousafzai.