Advance polling stations opened up across the province yesterday for the provincial election and will run through to April 13.
Apr 10, 2019 11:55 AM By: Cochrane Eagle Staff 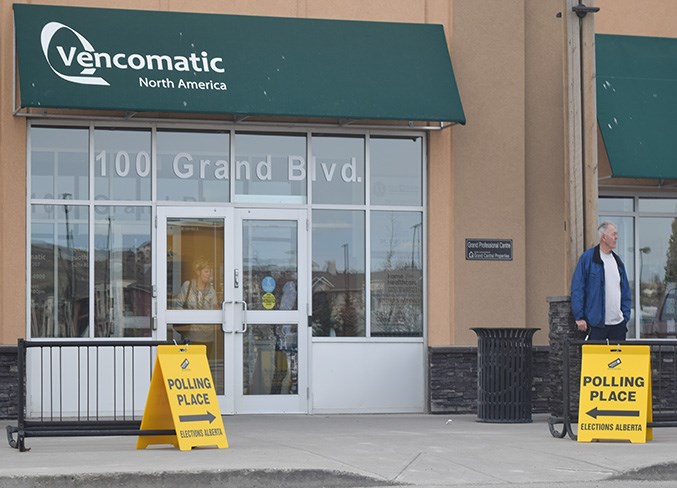 Advance polls have opened up at the Grand Professional Building in Cochrane on Tuesday, April 9, 2019. The polls run from April 9 to 13. The hours of operation are 9 a.m. to 8 p.m.

Advance polling stations opened up across the province yesterday for the provincial election and will run through to April 13.

Cochranites ages 18 and over can cast their advance ballot in the Office of the Returning Officer in the Grand Professional Building at 215B 100 Grand Blvd.

Advance polls are open from 9 a.m. to 8 p.m. Advance polling end on Saturday.

Bearspaw residents can go to the Bearspaw Lions Club at 25240 Nagway Road, Calgary.

Of course, voters can cast their vote at any advance polling station in the province.

If you have not pre-registered then you must bring valid identification in order to vote.

The turnout at the Cochrane polls has been strong so far.

Wait times in the voting line were roughly 15 minutes this afternoon.

The line remained consistently busy with more voters lining up to match each finished voter.

Those voting on election day must vote at their designated polling station.

To find your designate polling station and other information, go to elections.ab.ca.