A call for Prime Minister Justin Trudeau to resign was put out by Conservative leader Andrew Scheer last week, in light of the SNC-Lavalin saga.
Mar 7, 2019 1:00 AM By: Lindsay Seewalt 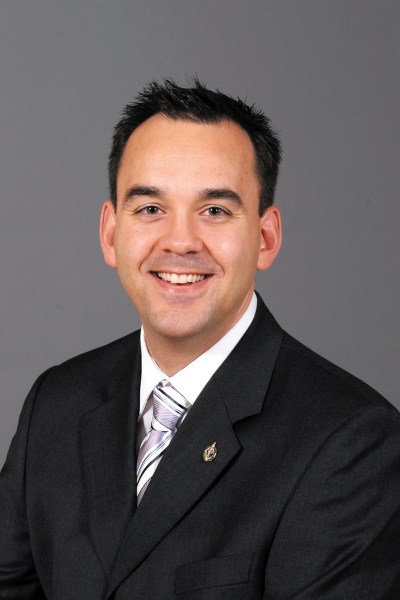 A call for Prime Minister Justin Trudeau to resign was put out by Conservative leader Andrew Scheer last week, in light of the SNC-Lavalin saga.

It's a call that Banff-Airdrie Conservative MP Blake Richards is fully backing, as the perceived scandal continues to unfold – first with former attorney-general Jody Wilson-Raybould's "shocking, courageous and detailed testimony," followed by Jane Philpott's Monday morning announcement that she was following her lead and resigning her cabinet post.

While the Liberal party testimonies are indicating a desire to save Quebec jobs, with an estimated job loss around 9,000 should the Quebec construction giant face prosecution, those not siding with the governing party's reasoning chalk it up to ethics.

"As Ms. Wilson-Raybould has so clearly articulated, the people Canadians entrusted to protect the integrity of our very nation were instead only protecting themselves and their friends," said Richards in a recent press release.

"Mr. Trudeau can no longer, in good standing and with a clear conscience, lead this great nation. Canada should be a country where we are all equal under the law. Where nobody – regardless of wealth, status or political connections – is above the law."

While some have leapt to the defence of the Liberals, aligning with former principal secretary Gerald Butts' testimony this week that Wilson-Raybould perhaps "misinterpreted" the Liberal actions as pressuring her, the resignation of cabinet minister Philpott has strengthened Conservative call and the backlash against Trudeau for being a "fake feminist."

Butts' March 6 testimony asserts that the only effort made to "persuade" (not pressure) Wilson-Raybould was to seek external legal advice on how deferred prosecutions for companies facing criminal liability should be applied.

This is contrary to last week's testimony by Wilson-Raybould, who felt she was the target of "veiled threats" and that she was "pressured" by 11 members of the Prime Minister's Office (PMO) including both Trudeau and his closest aid and longtime friend Butts.

An open letter by Philpott, Liberal MP for her riding Markham-Stouffville, ON, included damning excerpts to the PMO including:

"Unfortunately, the evidence of efforts by politicians and/or officials to pressure the former Attorney General to intervene in the criminal case involving SNC-Lavalin, and the evidence as to the content of those efforts have raised serious concerns for me. Those concerns have been augmented by the views expressed by my constituents and other Canadians."

Philpott adds that the "independence and integrity" of the justice system is at stake and that her confidence has been lost in how the current government has dealt with the situation.

Both Wilson-Raybould and Philpott are largely being heralded as heroes, with the former also being commended as a leader to Indigenous peoples, as a member of the We Wai Kai First Nation.

According to Ipsos-Reid polls this week, the majority of Canadians feel Trudeau has lost the moral authority to govern, at 62 per cent. Sixty-seven per cent side with Wilson-Raybould over Trudeau (33 per cent).