If elected, the UCP says it will scrap Alberta’s carbon tax and appeal the federal carbon tax that came into effect on April 1.
0
Apr 12, 2019 12:02 PM By: Cochrane Eagle Staff 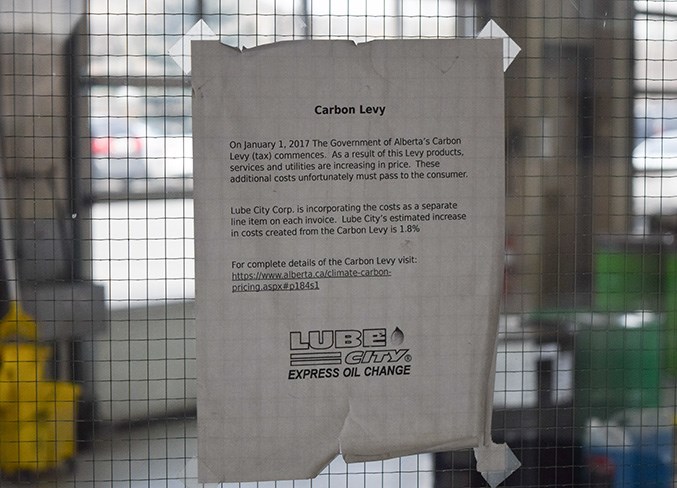 FCSS and United Way celebrated their donations to organizations in the community in the Cochrane HomeStead Apartment Building in Cochrane on Wednesday, April 3, 2019. The two organizations gave out a combined total of $120,000.

If elected, the UCP says it will scrap Alberta’s carbon tax and appeal the federal carbon tax that came into effect on April 1.

The federal carbon tax currently only applies to the four provinces that have not implemented a carbon taxing policy of their own. Alberta opted to draft its own tax, which was implemented Jan. 1, 2017.

According to the government, the current tax means Alberta consumers are paying an extra 6.73 cents per litre for gas and 8.03 cents per litre for diesel compared to the pre-tax era. On the home heating side of the bill, the increase equates to an additional 50 cents per gigajoule (GJ) and 4.62 cents a litre on propane.

Money from the tax is reinvested into energy efficiency projects in Alberta, such as the Green Line in Calgary, as well as rebates for low-to-middle income Albertans.

According to the Government of Alberta's Climate Leadership Plan (CLP) progress report, in 2017-18, a total of $1.19 billion of carbon revenue was invested back into the Alberta economy. – $487 million as either rebates or tax cuts, more than $700 million was invested in more than 50 climate leadership programs and policies, with an expected impact of over 5,000 supported jobs. In 2018, $1.72 billion went to fund initiatives that support implementation of the CLP. The majority of funding will be directed toward rebates, transit and infrastructure, electricity transition and funding for innovation and energy efficiency programming

Aside from its stated intent of investing into renewable energy, the Carbon Tax is also an incentive for people to reduce their carbon footprint, but many complain it is doing nothing more than having a negative effect on their bottom lines.

“If it’s not too cold I ride my bicycle to work,” said Gresal Tapulao.

“It saves a little money.”

While Tapulao is an example of how the tax is expected to influence public consumption of fossil fuels, he said there must be a less financially-punishing solution.

“There has to be a balance between protecting the planet and protecting [our] income,” said Tapulao.

Others, who rely on transportation for work complain it has actually hurt their ability to earn supplementary income.

“I used to drive down south on weekends and work. I can’t justify the expense now,” said Valerie Hunter.

While it's easy to see the effects of the carbon tax at the pumps and the thermostat, the impacts are less obvious at the cash register, when buying groceries for example.

The effects it has on the profit margin depends primarily on how heavily the business relies on carbon-emitting products.

“Carbon tax has been the least significant of the many and varied cost increases we've faced over the past few years, but it definitely has an impact,” said Bonnie Bend, owner of Great Things in Store.

“When fuel goes up, shipping costs increase, and all of the products we buy at wholesale go up in price as a result.”

Businesses that rely heavily on shipping and heating, such as grocery stores, have seen greater impact to their bottom lines than others.

Several businesses are passing those increased costs onto their customers.

“On January 1, 2017, the Government of Alberta’s carbon levy (tax) commences. As a result of this levy, products, services and utilities are increasing in price. These additional costs, unfortunately, must pass to the consumer,” reads a notice posted in automotive shop Lube City.

The notice goes on to specify that costs increased roughly 1.8 per cent due to the carbon tax in 2017.

Though the UCP has vowed to scrap the tax, unless the UCP wins a court challenge, the province would fall under the recently enacted federal carbon tax.

The NDP plans to continue with the carbon tax increases set out in its Climate Leadership Plan if they are re-elected.

The Alberta Party is planning to cancel the tax for families, small businesses, farms, non-profit organizations and municipal governments and focus instead on large industrial emitters.

The Liberal Party is seeking to develop a revenue-neutral carbon tax.

Both the Freedom Conservative Party (FCP) and the Alberta Independence Party have stated they will also rescind the carbon tax as well. The FCP, similar to the UCP, would fight Ottawa in court, while the Independence Party would repeal it following secession from Canada.

Advanced polls are open from April 9 -13.

Info on where to vote can be found at elections.ab.ca.