While many politicians speak constituency, Laura Talsma talks community.
May 3, 2018 1:00 AM By: Lindsay Seewalt 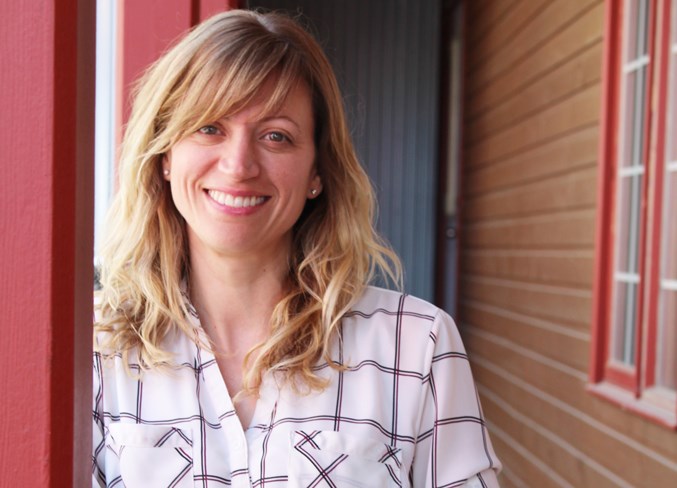 While many politicians speak constituency, Laura Talsma talks community. Talsma, who lives just north of Cochrane and is an active volunteer for the local UCP constituency association's policy committee, filed her papers last week to seek nomination as the representative of the newly-formed Airdrie-Cochrane riding under the UCP banner. "I'm doing this at the right time in my life - we live in the best place, the best province, the best country ... people come here because they're innovative and want to work for a better life," said the 38-year-old, likening the work of a politician to that of a home renovator - to build the most efficient, functional and best environment within the space or budget allotted. A registered nurse, mother of three and wife of an Afghanistan war veteran, Talsma is taking the can-do attitude instilled by her entrepreneurial parents and pouring it into the political arena. "This is definitely a different realm and a different avenue than I thought I would be walking," she said laughing. "My parents always looked to themselves to solve their problems ... it's kind of funny how that theme keeps coming up in my own life." Her campaign launch will be held at the Cochrane Legion at 6:30 p.m. on May 8, open to the public. Her campaign platform is built around a community-first premise, where she views her role as a future MLA as an advocate who can model change in her community to propel policy change at the provincial level. "We have to fight for what we have in our community first, then the province, then the country." After more than a year spent on the UCP policy advisory committee – where several of her initiatives on education and health care have been incorporated into the party's second survey, the results of which will be brought forward this weekend at the party's founding convention – Talsma decided to take a leap and announce her intentions. Her ideas around healthcare  stem from her background as an oncology and geriatric nurse at the Tom Baker Cancer Centre and at Bethany Cochrane's long-term care. For Talsma, it's about renovating the inefficiencies within the health care system, cutting the bureaucracy, putting front line workers first and building a support network around that. She is an advocate for streamlining information technologies within Alberta Health Services, which would allow for better communication between provinces. She is also in favour of boosting Health Link services and bridging gaps faced by those in rural communities needing health care, including home care services. She is also supportive of advocacy for 24-hour urgent care in Cochrane. She would like to achieve a "made in Alberta" solution to inefficiencies in the justice system and is in favour of Cochrane and Airdrie investigating the possibility of establishing their own police forces - in the likeness of seven other Alberta communities including Calgary, Edmonton and Lethbridge. Talsma feels this could alleviate the mounting pressures on RCMP and create efficient utilization of the federal law enforcement agency. For the last two years, Talsma has been the secretary of the executive board for the Holy Spirit School Council. This has helped inform the education policy coming forward through her work on the policy committee for the UCP. She would like to see the education system employ aptitude and personality tests, to help kids start taking steps toward their career paths at a younger age - to avoid the abyss of the unknown that she says senior high school students often face. She is also in favour of local employer incentives to give youth a chance, as well as boosting financial literacy in the curriculum. Talsma moved to Cochrane four years ago and grew up in Lacombe. She holds a diploma in Hospitality and Tourism from SAIT, a Bachelor of Science from the University of Calgary and a Bachelor of Nursing from the University of Saskatchewan. Talsma joins the ranks of town Coun. Morgan Nagel, businessman Peter Guthrie and Airdrie's Mauri Stiff as the fourth candidate in the Airdrie-Cochrane race.