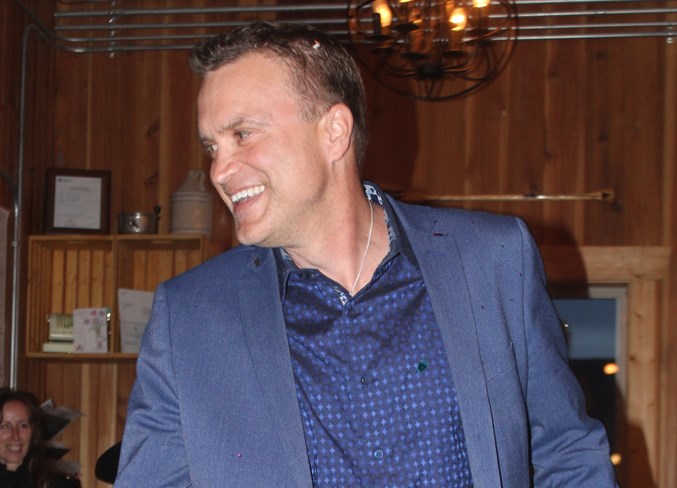 Peter Guthrie of the UCP is the  MLA for the new riding of Airdrie-Cochrane.

Guthrie joins a slate of UCP MLAs, according to unofficial results as of Wednesday morning (April 17), with some 63 unofficial seats for the conservative government that was formed out of the ashes of the former PC dynasty and Wildrose Party, led by leader Jason Kenney.

"I'm absolutely, utterly speechless and overwhelmed," said Guthrie only minutes after learning of his victory, expressing his gratitude to the tremendous voter turnout, his family and a small army of some 250 volunteers. "I couldn't even keep up ... just at the amount of people who came forward (to help out)."

This leaves the NDP with 24 unofficial seats. This translates to a loss of 28 seats for the NDP and a gain of 38 for the UCP.

By 8:39 p.m. Guthrie UCP camp celebrations at Half Hitch Brewery were announcing into the microphone that Kenney is the new Premier of Alberta.

By 8:50 p.m., Guthrie was welcomed by a full house at the local brewery, completed with a balloon drop.

The vote tally revealed a landslide for Guthrie shortly after 9 p.m. on election night – with 17,351 votes. Steve Durrell with the NDP came in second with 6502 votes; the Alberta Party's Vern Raincock with 1602; the Alberta Independence Party's Danielle Cameron with 311; and the Freedom Conservative Party at 297.

The NDP, dubbed by their opposition as a “one and done” government account for the first government to hold power for only one term.

“Tell the world there are such things as young conservatives,” laughed Brady Sturt with fiance Jessica Quan, celebrating at Guthrie’s volunteer/celebration event at Half Hitch.

Premier-elect Kenney, who won his riding of Calgary-Lougheed riding with 66 per cent of the vote.

"This democratic decision is a message to all of those Albertans who are struggling," said Kenney in his victory speech.

"To the unemployed, to those who have given up, to the small business owners barely hanging on, to the young people who got their degrees and diplomas but can’t put them to work, to those who have lost their homes and their hope after years of economic decline and stagnation. To them, tonight, we send this message: Help is on the way, and hope is on the horizon!"

The unseated former premier Rachel Notley has confirmed she will stay on as the representative of Edmonton-Strathcona, with support in her own riding topping 70 per cent of the vote.

She addressed supporters enthusiastically, speaking to the season of change led by her NDP government following a four-decade PC dynasty as well as making strides for women in politics.

"To every girl and every young woman watching tonight, I believe in you and never stop believing in yourself. I hope that we have shown you that in your life anything is possible," said Notley, adding that, "We have fundamentally changed politics in this province forever."

The NDP’s Steve Durrell congratulated Guthrie on his victory and echoed Notley’s comments on the success of the NDP’s short rein.

”I think that our party did a good job in the four years we had,” he said. “I was a little bit surprised by the results because we had some momentum at the end.”

Moving forward he said he isn’t going away and plans to continue advocating for the region and is calling on Guthrie and the UCP to do the same.

”There was still a significant portion of Alberta who elected a strong opposition in the NDP. I hope they listen to those voices and represent all Albertans.”

Danielle Cameron, Alberta Independence Party Candidate, cheered enthusiastically when she was told Peter Guthrie had won Airdrie-Cochrane early with just 21 polls reporting and she had 50 votes at that point.

“I thought I’d only get six,” she screamed happily in the phone.

By Wednesday she had climbed to 342 votes.

Despite the loss, Cameron said she isn’t going anywhere and Guthrie can expect her to be a thorn in his side.

Cameron assures voters she will be back in four years and until then she will continue talking to constituents and supporting local businesses.

She concluded by saying it wasn’t her party’s time but she is happy their name is now in voters’ minds and hopefully that means they will warm to the party’s platform.

“The Alberta people are scared,” she said.

“They are scared to get out of the box and of change.”

Freedom Conservative Party candidate, Matthew Morissey congratulated Guthrie on his victory and said he was proud of the campaign he ran, adding he performed better than he expected. He had 302 votes on Wednesday.

From here he is not sure what his political future holds, or if he will run in four years.
“I may, I may not. I will reevaluate with my wife and make a decision,” he said.

In the meantime, he has a piece of advice for the UCP government.
“Listen to the grassroots, they’re never wrong,” he said.

Alberta Party candidate Vern Raincock was gracious in his defeat and the loss of his party’s three seats.
”I respect everyone’s decision and it’s time to move forward,” he said. “It’s a great day for democracy and hopefully we got more people out of their seats to vote.”

Overall, Raincock said he had a lot of fun on the campaign trail and feels he and his party can hold their heads high.

”We ran a clean campaign, and that’s what is going to win us in the long run,” he said, adding he hopes the UCP thinks before they act and is prepared to listen and negotiate.

- With files from Chris Puglia