Is NDP daycare program a boon or liability?

While parents see the value in the NDP's proposed $25 childcare plan, some wonder if it is simply vote buying. The NDP announced Monday that it plans to expand its $25-a-day childcare plan if re-elected. The plan seeks to invest $1.
Mar 30, 2019 8:00 AM By: Cochrane Eagle Staff 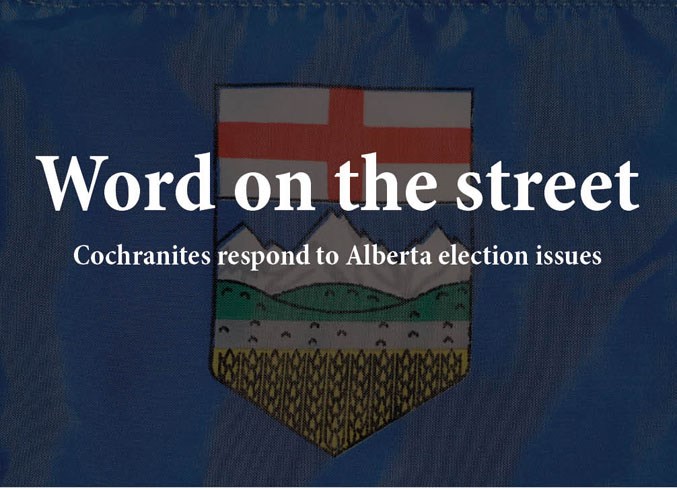 While parents see the value in the NDP's proposed $25 childcare plan, some wonder if it is simply vote buying.

The NDP announced Monday that it plans to expand its $25-a-day childcare plan if re-elected.

The plan seeks to invest $1.5 billion into childcare services over five years in order to expand on the pilot program launched two years ago that offered 7,300 spaces for $25-a-day daycare services in 122 facilities across Alberta. The new program would provide the same service for 62,000 spaces with the added goal of opening up 13,000 more.

The party claims that increased access to childcare would allow more women to enter the workforce and result in a $6-billion increase in Alberta’s GDP – effectively paying for the childcare services.

“Although the lower childcare fees would be nice, I wonder if it would actually happen or if this is just a carrot the NDP is dangling,” said Renee Prusak.

Prusak added that the high cost of childcare is far from being the only problem that struggling families are facing.

“I feel this is more of a band-aid on a large, open wound.”

The United Conservative Party has also criticized the plan as additional spending the province can't afford considering the economy and rising debt.

The program is enticing to some.

The current cost of daycare services in Cochrane has had a direct effect on some parent’s ability to work.

“My wife and I organize our schedule to work opposite shifts as we can only afford three days [of daycare services] per week,” said Theresa Newland.

“If we were able to take advantage of a $25-a-day program we would be able to have more quality family time together as we could afford to each work a typical work week and have weekends off together.”

The proposed program would be immediately focused on non-profit daycares – such as the Boys and Girls Club of Cochrane – with plans to include private care facilities in the future – which make up the majority of childcare services in Cochrane..

Members of the private sector are skeptical and worried about the implications to their businesses.

“You’d have to change everything,” said Katherine Sutherland, representative for Future Stars Daycare.

Although $25-a-day facilities exist in Calgary and Canmore, Cochrane daycares have no shortage of children to take care of and one $25-a-day program would do little to alleviate the need.

“Parents still need care here. They don’t want their child to spend an hour on the road [to Calgary],” said Sutherland.

The demand for childcare is so high in Alberta that most daycares have implemented a waitlist to keep up with demand.

Future Stars Daycare currently has three infants and two toddlers on its waitlist.

The Alberta Association of Child Care Operators has also expressed concern that staggering the subsidy would take clients away from private daycares and put private businesses at financial risk.

Though it may take time for plan to affect Cochranites directly, there is still support for it.

“Yes, who wouldn’t want to save money? Especially in this economy,” said Kathryn Simcox, Cochrane mother.

Simcox is originally from Manitoba where daycare fees are $21 a day.

“The services are exactly the same except they provide food in Alberta. However, this doesn’t justify the $800 a month difference,” said Simcox.

Simcox added the cost of living in Alberta might be drive her out of the province.

“Daycare prices are one of the reasons that we are contemplating moving back to Manitoba,” said Simcox.

The provincial election will take place on April 16. Advanced polling dates run from April 9 to 13.