Guthrie ready to lead UCP’s charge in Cochrane and Airdrie

A year-long campaign has finally ended for Peter Guthrie, who learned in the early evening hours on Oct. 20 that he was the successful United Conservative Party (UCP) candidate for Airdrie-Cochrane.
Oct 25, 2018 1:00 AM By: Lindsay Seewalt 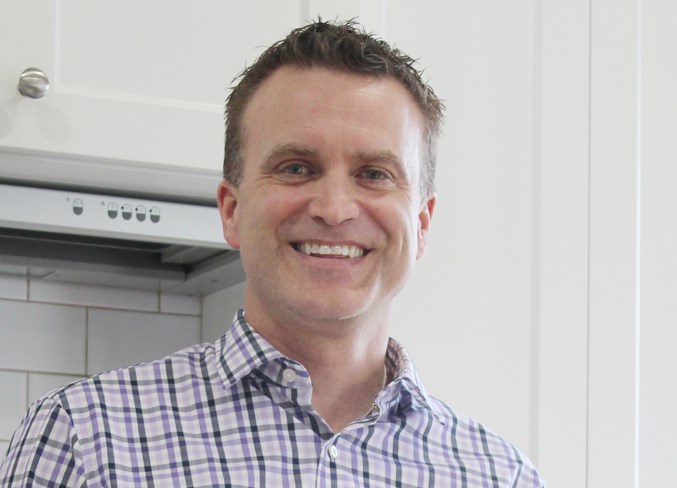 A year-long campaign has finally ended for Peter Guthrie, who learned in the early evening hours on Oct. 20 that he was the successful United Conservative Party (UCP) candidate for Airdrie-Cochrane. Guthrie defeated two contenders from Cochrane – Morgan Nagel, a two-term town councillor, and nurse Laura Talsma, as well as Airdrie realtor Mauri Stiff. A 61 per cent voter turnout was recorded for Thursday’s voting day in Airdrie and Saturday at the Cochrane RancheHouse, exceeding the expectations of the local constituency association. “Now, we rally behind our candidate and get going on fundraising events and get our candidate out in front of the people,” said constituency president Russell Kossowan. As the election dust settles, Guthrie begins to look to the coming weeks and months as he readies for a new campaign as the hopeful first MLA in the riding for his party. “I have a real sense of relief – just because it was such a hard-fought battle and because my family was so involved,” said Guthrie, whose wife Tracy and son Mitchell helped manage his campaign. As Guthrie looks to a likely spring provincial election, he will be quick to mobilize a new campaign team while shaping up his platform ideas with the help of the constituency association, UCP policy teams, respective town and city councils of Cochrane, Airdrie and Rocky View County and the electorate. Top of mind for the candidate – an engineer by trade with a diverse background in business and agriculture – is getting businesses back on track. Emphasizing that small businesses are the backbone of the economy, Guthrie pointed to his own research that 98 per cent of all businesses qualify as small businesses, employing roughly 70 per cent of the population in Canada – a striking number that he feels politicians need to pay more attention to. “We need to start getting things turned around and getting traffic through those doors ... there’s not one small business person who told me that things are fantastic and can’t get any better,” he said, adding that he knocked on several hundred business doors between Cochrane and Airdrie during the nomination race. To soften the blow to businesses brought on through combined increases from the carbon tax, minimum wage hikes and mandatory stat holiday pay through labour legislation changes, Guthrie is in favour of implementing a small business tax credit to give businesses breathing room until the economy recovers. As the UCP continue to advocate to balance the budget, should they be elected next year, Guthrie said he doesn’t believe people need to panic about massive cuts – ones that harken to the Ralph Klein era. Alberta’s budget is $54.9 billion and the forecast for this year’s deficit ranges from $8 billion to $10 billion. “I believe we can do things through attrition ,” said Guthrie of the ballooning costs in sectors such as education and health care. Guthrie said we currently lose five to seven per cent of the government workforce through attrition each year and says reducing the administrative workforce and reallocating two to four per cent of those savings to front line services will result in bottom line savings while beefing up quality of service, quality of care and reducing wait times. On education, while Guthrie has yet to examine the curriculum rewrite in detail, he points to the rising rates of home schooling in the province as a sign of parent dissatisfaction and distrust with the system. “There are so many people who are home schooling who are seriously worried about our education ... so we better listen.” On infrastructure, Guthrie is “hopeful, but leery” that the commitment to funding the interchange project at highways 1A/22 will come to fruition next year, as promised by the NDP. He is in favour of an infrastructure committee to assist in prioritizing and advocacy efforts. On health care, he sees a growing need to ready for 24-hour health care in Cochrane, but does not believe the town’s population is there yet. In the interim, he would like to see advocacy efforts forced on building more of a “health hub” in town, such as dialysis services. He also sees a growing gap in affordable housing for seniors and senior care facilities. This weekend, Banff-Kananaskis will elect their UCP nominee. Guthrie said he is looking forward to supporting the successful candidate and to working together for the provincial election. While the provincial election looms and is anticipated to take place in the spring of 2019, the writ has yet to be dropped by NDP Premier Rachel Notley. Candidates from other political parties have yet to publicly declare their intentions to run against the UCP.