Banff-Airdrie Conservative MP Blake Richards was left disappointed, but will not be dissuaded from his battle to boost compassion and supports for parents suffering infant loss.
May 3, 2018 1:00 AM By: Lindsay Seewalt 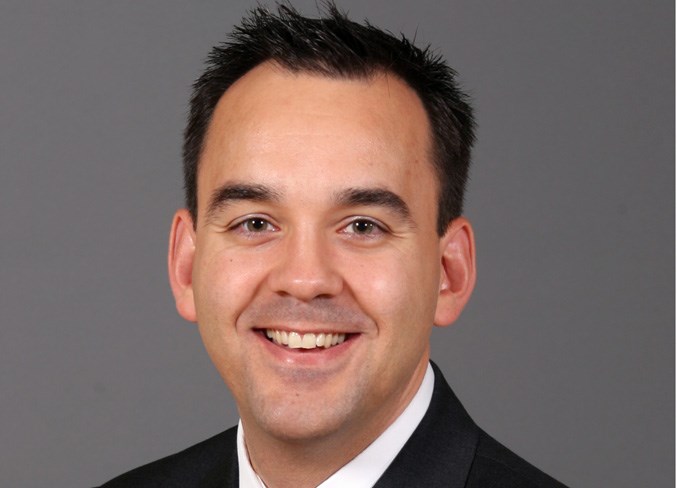 Banff-Airdrie Conservative MP Blake Richards was left disappointed, but will not be dissuaded from his battle to boost compassion and supports for parents suffering infant loss. Richards brought forward Motion 110 for first debate in the House of Commons on April 26, which was met with a lack of support from the Liberals. The motion is non-partisan and seeks to direct the Standing Committee on Human Resources to study the impact on parents suffering the loss of an infant child and to make recommendations to improve financial supports for these grieving parents. "We certainly got the reception we expected until the very last person who spoke - unfortunately for the Liberal government," said Richards, with reference to the speech delivered by a Liberal parliamentary secretary asserting the Liberal government will not be supporting the motion on the merit that they felt adequate supports for families facing such losses were already in place through changes made by this government to the employment insurance (EI) system, by allowing recipients to receive partial benefits when returning to work. Currently, parents forfeit parental (EI) benefits if a child dies before 12 months of age. Richards would like to establish a bereavement leave or a minimum paid leave of six weeks for parents facing such a loss. "I can't accept excuses on this ... at the end of the day, those of us who sit in Parliament have the ability to fix this," said Richards, adding that it would be at zero to very little cost to the government, as it is a reallocation of funds. Richards referred to the lack of Liberal support as "disingenuous excuses" and that the EI changes do nothing to help those who are simply unable to return to work due to their grief. The three-time MP said he will "fight to the end" and is hopeful there will be a free vote in the house to move the motion forward next month. His motion has received support from families who have experienced the firsthand grief of infant loss -  including the Cormier family in Airdrie, who lost a four-month-old daughter in late 2014 to Sudden Infant Death Syndrome. Cochrane's Sawchuk family knows all too well of the financial pressures on parents facing infant loss. It was four years ago when the family lost their 28-day-old son, Vaughn, to a rare heart condition. Vaughn underwent multiple surgeries and procedures at the Stollery Children's Hospital Foundation in Edmonton. Out of this loss, the family started the Vaughn Sawchuck Foundation to raise money for children's heart disease research; nearly $25,000 has been raised to date. Greg Sawchuk said looking back four years later, it would have been helpful to have some type of financial reprieve when he and wife, Jamie, faced the loss of their second-born son. Both parents took unpaid leave - Greg for roughly three months and Jamie around six months. "We support Blake's motion 100 per cent," said Greg, adding that at the time they didn't think about it the financial pressures, but hindsight reveals that the reprieve would have been welcomed. "At the end of the day, there really should be benefits for bereaved parents," he said, adding that through the foundation his family continues to spread awareness about Blake's motion, promoting the MP's petition.   Richards has a petition on his website available for signing and is encouraging supporters to write letters or emails to himself, Prime Minister Justin Trudeau or the Ministry of Families, Children and Social Development; learn more at blakerichards.ca. The motion will return for second debate in early June, following which it must be passed by Parliament before it can move to the Standing Committee on Human Resources, Skills and Social Development and the Status of Persons with Disabilities to be studied.