The United Conservative Party (UCP) has four candidates vying to dominate the ballot in the Airdrie-Cochrane riding, each who took their turns talking issues at a political forum on Oct. 2 at the Lions Event Centre.
Oct 4, 2018 1:20 AM By: Lindsay Seewalt 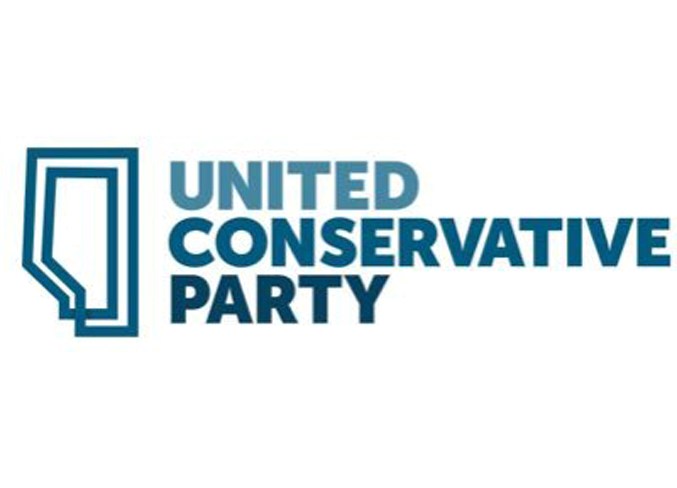 The United Conservative Party (UCP) has four candidates vying to dominate the ballot in the Airdrie-Cochrane riding, each who took their turns talking issues at a political forum on Oct. 2 at the Lions Event Centre. Businessman Peter Guthrie, town councillor Morgan Nagel and nurse Laura Talsma are the three Cochranites running to represent the new riding in the looming provincial spring election, while realtor Mauri Stiff is the lone Airdronian in the running after Airdrie businessman Ian Chitwood did not file his application by deadline. Guthrie talking points

Guthrie, with a diverse business background, spoke to measures of boosting small businesses – offering solutions such as tax credits to soften the minimum wage blow. He offers a strong emphasis on stimulating industry to foster economic growth and stop a contracting economy. On education, the father of two spoke to the core conservative value of parent choice in education, offering his own story of how his own two kids, despite being raised in the same household, with one thriving in the private system and the other in the public. With respect to the interchange project at highways 1A/22 that the NDP just confirmed will be funded next year, Guthrie suggested a non-partisan, arms-length infrastructure committee to be struck – which candidate Morgan Nagel criticized as not needed given the long list of committees the government already has. He closed with reiterations over his varied background, passion for small business and proven experience – with veiled digs at politicians lacking practical experience. "Too many politicians are thinking about re-election ... policy needs to be more long-term." Nagel talking points

"One trillion," said a lively Nagel, holding up a recent news article from the CBC projecting a $1 trillion Alberta debt by 2051 and $100 billion by 2021. "If we don't get this debt cleaned up, nothing else matters ... we are in a spending crisis." Nagel reached cheers from the crowd announcing that the province has tough decisions to make in order to bring the debt down under the "next government," talking about slashing bureaucracy and government waste and deregulation of the private sector. Personal freedom is integral to what Nagel said is the backbone of his passion for politics. He is a fan of financial literacy in the classroom and fostering the future growth of the tech industry. He reiterated his desire to see conservatives work together and pledged his support for whomever is the successful candidate, should it not be himself. Emphasized the thousands of doors he knocked on, Nagel maintains he has the best understanding of the constituency as he is spending his second term serving Cochrane on town councillor and standing up for issues he feels matter the most. Stiff talking points A realt

or, entrepreneur and mother of two, Stiff has dedicated much of her time to volunteerism – the heart of her inspiration to dig into politics. "It's not about the size of your bank account ... it's about how many lives you touch along the way." She spoke to need to instill entrepreneurial spirit in the classroom and to boosting a more comprehensive primary care network. Stiff also spoke to axing bureaucracy, inspiring youth and the electorate, balancing interests throughout the riding and lowering taxes to keep more money in the pockets of Albertans. Laura Talsma talking points Talsm

a, a registered nurse, mother of three and wife of an Afghanistan war veteran, spoke of the need for practical solutions at the local level with respect to health care and education. As an oncology nurse, Talsma said she can speak firsthand to the government waste and bloated middle management that has "impacted her ability to do her job as a nurse." She also spoke to real change needed to the education system – her policy work on linking high school students to business members in the community to job shadow, learn how to steer their careers and not be left with nowhere overwhelmed at graduation. Talsma said she identifies with the grassroots spirit of the UCP movement. Voting Tonight (Thursday, Oct. 4) a second forum will be held at the Airdrie Town and Country Centre. Doors open at 6:30 p.m. and the forum runs 7-9 p.m. Airdronians will cast their ballots on Oct. 18 at the Golden Rod Community Hall at the junction of highways 567 and 772 and Cochranites will do the same at the RancheHouse on Oct. 20. The ranked ballot allows provides voters the flexibility to cast their choices in order from first to fourth place. Ed Masters, director with the local constituency association, said those who opt to vote for more than one candidate need not be concerned that their subsequent choices will negatively impact their first choice and would come into play if no single candidate earns 50 per cent plus one of the vote. Learn more at unitedconservative.ca.