Cochrane BMX to expand its programming in August

“It’s nice to offer that chance to those that consider riding to be a big part of their summer,” said Adam Ross, president of Cochrane BMX.
Aug 1, 2020 12:00 PM By: Tyler Klinkhammer 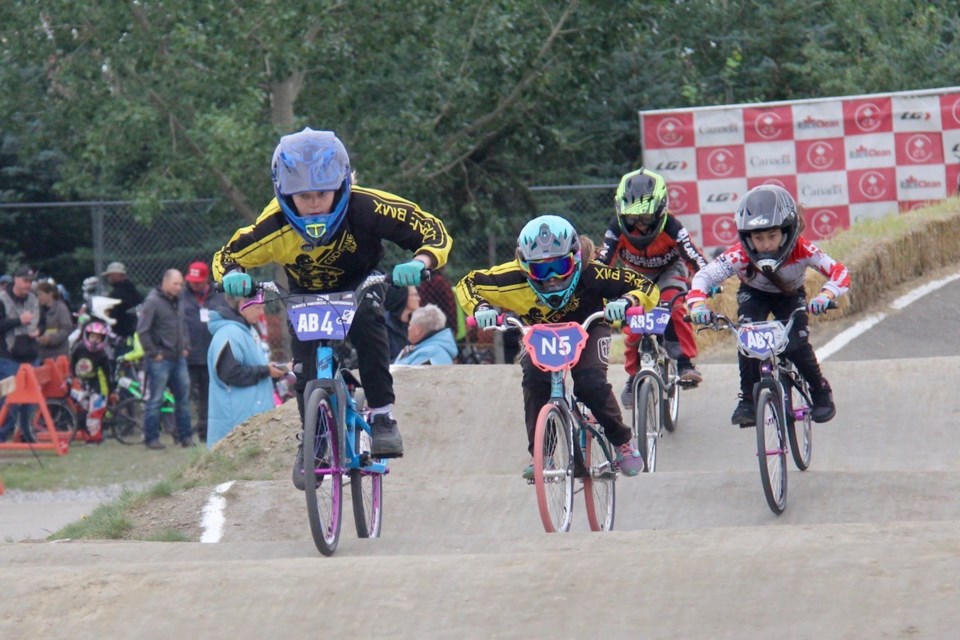 COCHRANE – Cochrane BMX will be expanding its programming in August, to include mock races and summer camps for young riders.

Since July 1, the club has been hosting regular practice sessions at its track up Cowboy Trail.

The club has been trying to give riders as close to a normal experience as possible, but the COVID-19 pandemic has had many impacts on the programming offered.

Adam Ross, the president of Cochrane BMX, said he was excited that they were able to offer some options to the members.

“The biggest sense of satisfaction is that you can meet those riders who really want to be out and riding,” Ross said.

Although they would like to offer something as close to normal as possible, Cochrane BMX has had to make several big adjustments this year amid the COVID-19 pandemic.

The regular open-track practice sessions have been taking place on Mondays and Wednesdays. Each rider must sign up for the session ahead of time and must sign a real-time waiver on-site that says they are COVID-free.

In addition, there are no races, local or provincial and no coaches are available on site.

With no official events in the works, “it looks like a season of getting on your bike when you’ve got the chance,” Ross said.

However, Cochrane BMX has been working to expand its programming to give the riders a little more opportunity in the tail-end of the summer.

The organization will be holding weekly mock races, which will not count towards any standing, but will give riders an opportunity to compete with each other.

There will also be two camps held in August. The first is a girls-only camp run by Podium Athletics and will be held on August 15 and 16.

The other, for boys and girls, is run by two-time Olympian, Tory Nyhaug, and will be held on August 22 and 23.

Ross said that both camps are still accepting registrations, but he expects both of them will fill up.

“It’s nice to offer that chance to those that consider riding to be a big part of their summer,” Ross said. “It’s nice to be able to maintain that connection to the membership because those are the people that we’re going to need when things get back to normal.”