“This is a complete reimagination of my life. It was a big pivot to start a beauty business— If somebody told me this was going to happen four years ago I would not have believed them."
Oct 3, 2020 10:00 AM By: Chelsea Kemp 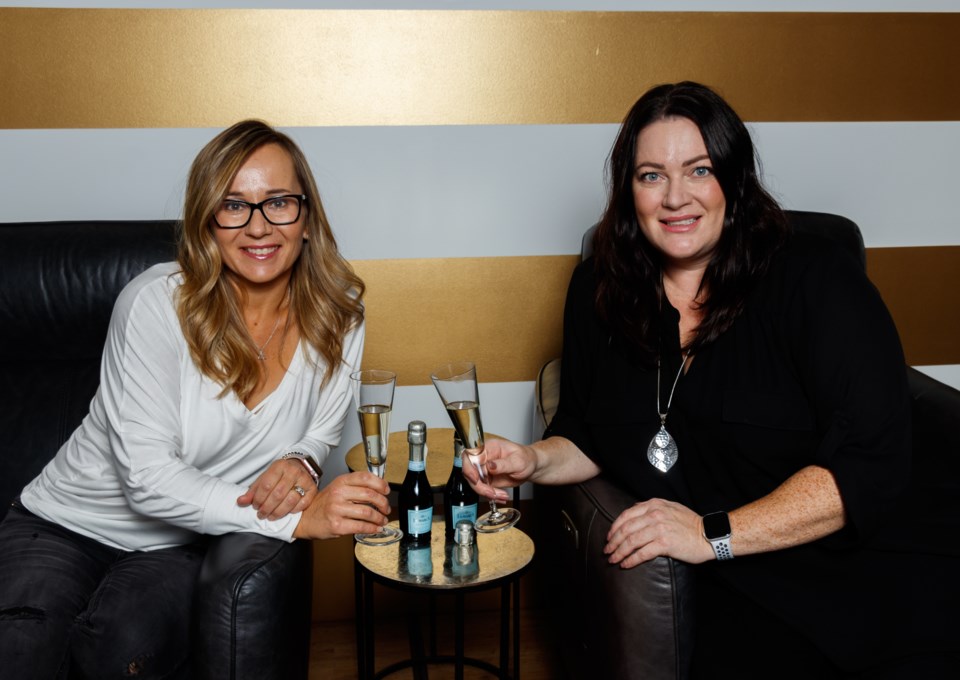 The commitment to fostering a beauty community accessible to every Cochranite has earned Ciara Ramsden and Sheri Meyer owners of Flirt Cosmetics Studio and Brow Bar the title of Best Local Entrepreneur in the Cochrane Eagle's 2020 Best of Cochrane competition.

“It’s a place where women can gather with a sense of community,” Ramsden said. “We have something for everybody here.”

Before the launch of her businesses, Ramsden worked in Cochrane, Canmore, Stoney Nakoda First Nation and Kananaskis as a paramedic for 20 years. She was beginning to experience burn out and decided it was time to take a course on brows.

“It sparked something in me and the ideas and creativity just started flowing,” Ramsden said.

She added she had always fascinated by all aspects of cosmetic tattooing and making women feel good about themselves— Including the medical side, be it tattooing eyebrows for those going through chemotherapy or tattooing areolas for women who have experienced breast cancer.

As she was preparing to open her business Ramsden would bounce ideas off of Meyer.

Meyer and Ramsden have been best friends since they were four years old, never straying far from each other's side.

The duo officially partnered as co-owners of Flirt Cosmetics Studio in October 2018.

Meyer runs the backend of the business and Ramsden fuels the creative side of Flirt Cosmetics Studio. She initially came on board to help design the new studio because she has a background in contracting.

“She’s [Ramsden] the artist and I do the finances,” Meyer said. “It’s a great match because we both have our strengths and weaknesses.”

She added they shared a vision for Flirt Cosmetics Studio allowing them to craft a beauty bar that would help bring the community together.

“It was the perfect marriage,” Ramsden said. “We’re like sisters. it’s amazing how well it works for us— It’s the perfect partnership.”

Ramsden said the brand has grown exponentially over the last four years.

“I think what a lot of people don’t understand about being an entrepreneur, is from the outside it can appear like it’s make your own hours and it comes easily. But it’s 100 per cent grit and grind. It's 24/7 you never stop working,” Ramsden said. “But, that energizes us we get really excited when we have to work really hard.”

The beauty bar draws a selection of clients from the Cochrane area, Ramsden said, but they also see a large base of visitors from Calgary. She added their youngest client is 12 years old and the oldest client is 93.

“People were looking for that trendy space, that’s also really friendly, and appeals to all,” Ramsden said.

Clients come first at Flirt, Meyer said, and they began adapting their services as soon as COVID-19 hit Alberta in March.

Flirt Cosmetics Studios closed its doors before it was mandated, Ramsden said, and they were able to pivot and embrace creativity to move what services they could online.

Ramsden said it was shocking to win Best Local Entrepreneur, but she appreciates the support the community has shown.

“I was very proud— My background is not as an entrepreneur,” Ramsden said. “This is a complete reimagination of my life. It was a big pivot to start a beauty business— If somebody told me this was going to happen four years ago I would not have believed them."