OTTAWA— The Member of Parliament for Banff-Airdrie has been named to an important role by the newly elected leader of the Conservative Party of Canada.
Sep 8, 2020 5:00 PM By: Chelsea Kemp 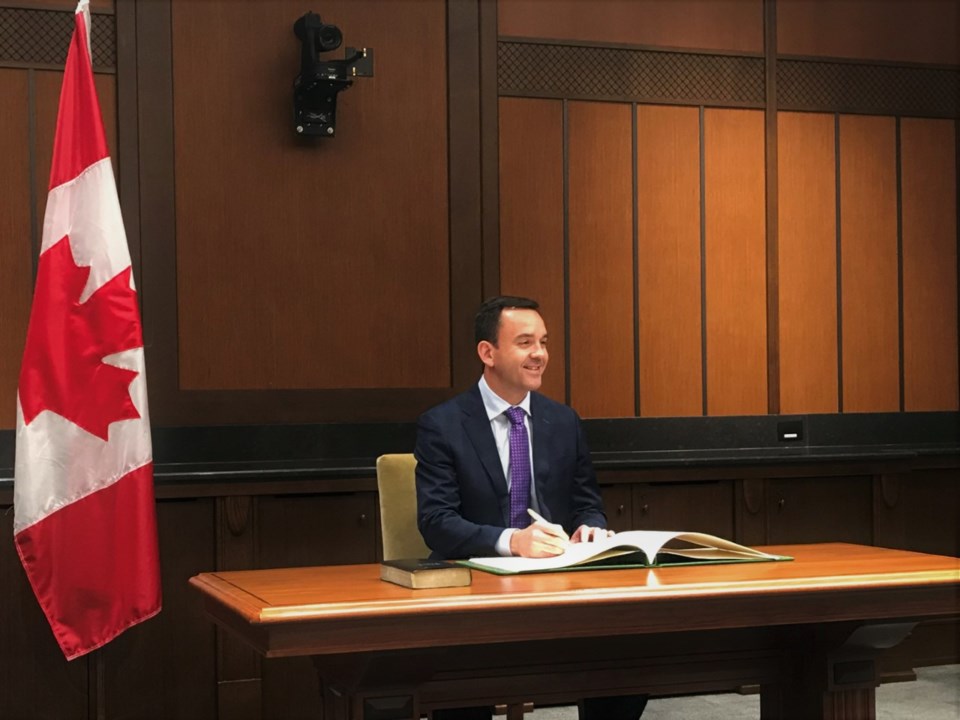 OTTAWA— The Member of Parliament for Banff-Airdrie has been named to an important role by the newly elected leader of the Conservative Party of Canada.

As the Conservative Party Whip, Richards said, he will work to establish and maintain order in the parliamentary life of the caucus.

“Essentially what that means is I’m providing advice and support to the leader of our party,” Richards said. “I make sure that everything our caucus needs in terms of where they need to be, when and make sure that we have people lined up for votes.”

Richards added he is excited about the new role because of the opportunities he will have to represent the needs of Albertans while helping to bolster the unity of the Conservative Party.

Richards is excited to take on the role of Chief Opposition Whip because it will help him in representing the constituents of Banff-Airdrie during a difficult year made worse by the COVID-19 pandemic.

Richards said he will be a “strong voice” for the province and is excited to represent Albertans given the hard year the price of energy has faced.

“It’s been a really difficult time for our province under the Trudeau government. A lot of anti-energy and extreme policies,” Richards said. “We need to be speaking up for us more than ever and so that’s going to be a role that I play a person who defends and champions Alberta’s interests at that leadership table.”

Richards said one of the challenges of the role will be working while Parliament is in the midst of a minority government. Part of his new role will be ensuring the Liberal party is being held responsible for decisions that are made.

A key part of this will be using votes to oppose decisions the Conservative Party disagrees with.

“A minority government does make this job that much more crucial,” Richards said.

The pandemic has also complicated the logistics of minding the party caucus, Richards added, explaining they need to be mindful of the number of people in the House of Commons at any given time.

“Unfortunately, right now with the health concerns some people can have, with travel concerns that some people can have, and also with the fact that we have to ensure we follow health guidelines within the House of Commons itself— There is definitely some management in where people are and when it becomes that much more challenging because of COVID."

Richards added everyone he has talked to is excited about the new leader O’Toole and the team he has put together. However, he noted after coming out of a political race for the Conservative Party leader the most important job now is building a strong and unified caucus.

“Our leader will set the tone on that, but I will also be able to help in making sure we pull everyone together in the role I have,” Richards said. “That certainly will be part of the task I have to do in the days ahead.”