If the bill passes, open-pit mines would permanently be prohibited in the most environmentally sensitive areas and mines elsewhere would be prevented until a land-use plan for the region was developed.
Apr 8, 2021 2:15 PM By: Canadian Press 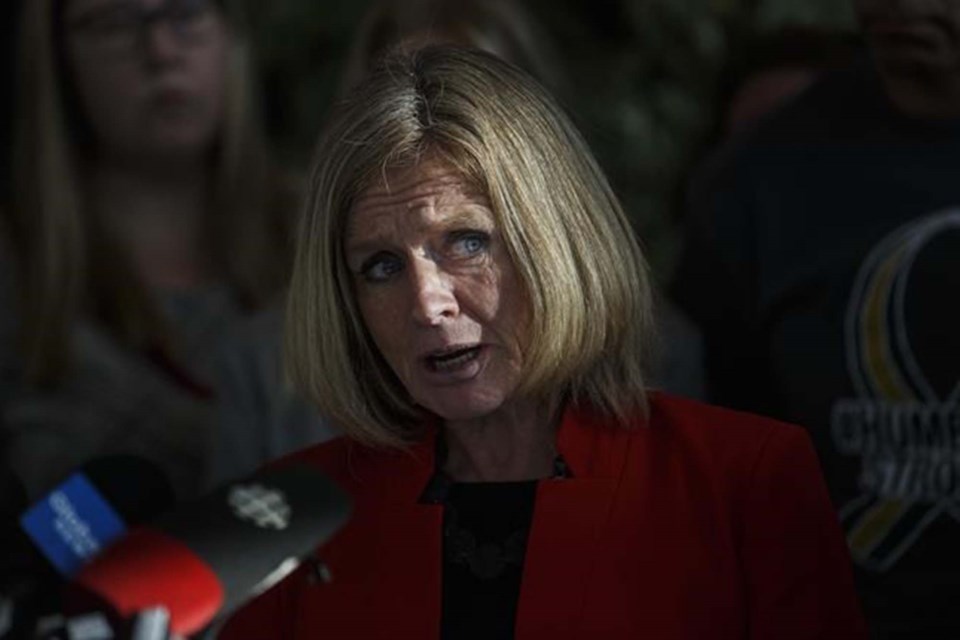 Alberta Opposition Leader Rachel Notley speaks at a news conference in Edmonton on Wednesday, Oct. 16, 2019. The NDP leader has tabled a private member's bill in the legislature that she says would protect the province's Rocky Mountains from new open-pit coal mines. THE CANADIAN PRESS/Jason Franson

EDMONTON — The Alberta Opposition is proposing legislation that it says would protect the province's Rocky Mountains from new open-pit coal mines.

"What it's about is giving voice to the hundreds of thousands of Albertans who have begged this government to stop their plans to coal mine in the Rocky Mountains," said NDP Leader Rachel Notley before introducing a private member's bill Wednesday.

Notley said the bill proposes that coal exploration across the eastern slopes of the Rockies be blocked and road-building and drilling halted.

If passed, the bill would cancel leases issued after the United Conservative government scrapped a policy last May that once protected the land and would stop the province's energy regulator from issuing development permits.

Open-pit mines would permanently be prohibited in the most environmentally sensitive areas and mines elsewhere would be prevented until a land-use plan for the region was developed.

"It is, in essence, a continuation of the ... coal policy along with the natural extension of applying more science, more consultation in an evidence-based way," Notley said.

Notley said mines already operating would not be affected under the NDP proposal. Those now before the regulator could proceed but would not get final approval unless they fit within the land-use plan.

Companies would be offered compensation in line with what they paid for the leases.

Controversy over coal mines began last May when the United Conservative government quietly revoked the 1976 policy. Public outrage grew, both over the threat to a beloved landscape and the potential for water contamination.

The government restored the policy in February. However, it didn't cancel exploration leases sold in the interim and miners have been drilling and road-building in an area where much of Alberta's drinking water originates.

The government has recently created an online public survey and struck a committee to consult the public – efforts Notley called a "delay tactic" that people have seen through.

"The consultations didn't provide the depth and breadth of engagement that meaningful conversations with Albertans ought to provide. They were clearly designed to lead people to certain conclusions."

Rules introduced by Premier Jason Kenney's United Conservatives dictate that private member's bills go to a government-dominated committee that decides which ones will move forward to be debated. Notley said committee members should listen to their constituents.

"If the UCP caucus listens to their constituents, there's really a possibility that this bill could be passed."

Katie Morrison of the Canadian Parks and Wilderness Society, which has been a vocal opponent of coal mining in the Rockies, welcomed the Opposition bill.

"It does address the short-term immediate need and then starts to talk about land-use planning," she said. "We would like to see all parties addressing those two major things.

"Whether this bill passes or not, we will be looking to the current government for action to support those things."

Brad Johnston of coal miner Cabin Ridge, which has leases on the controversial land, said the company supports the government's consultation plans and urged Albertans to participate.

This report by The Canadian Press was first published April 7, 2021.

Simple tips from Kananaskis Country Public Safety for hiking in the early season
Apr 17, 2021 8:15 AM