Restaurant owner excited to welcome people back to his dining room 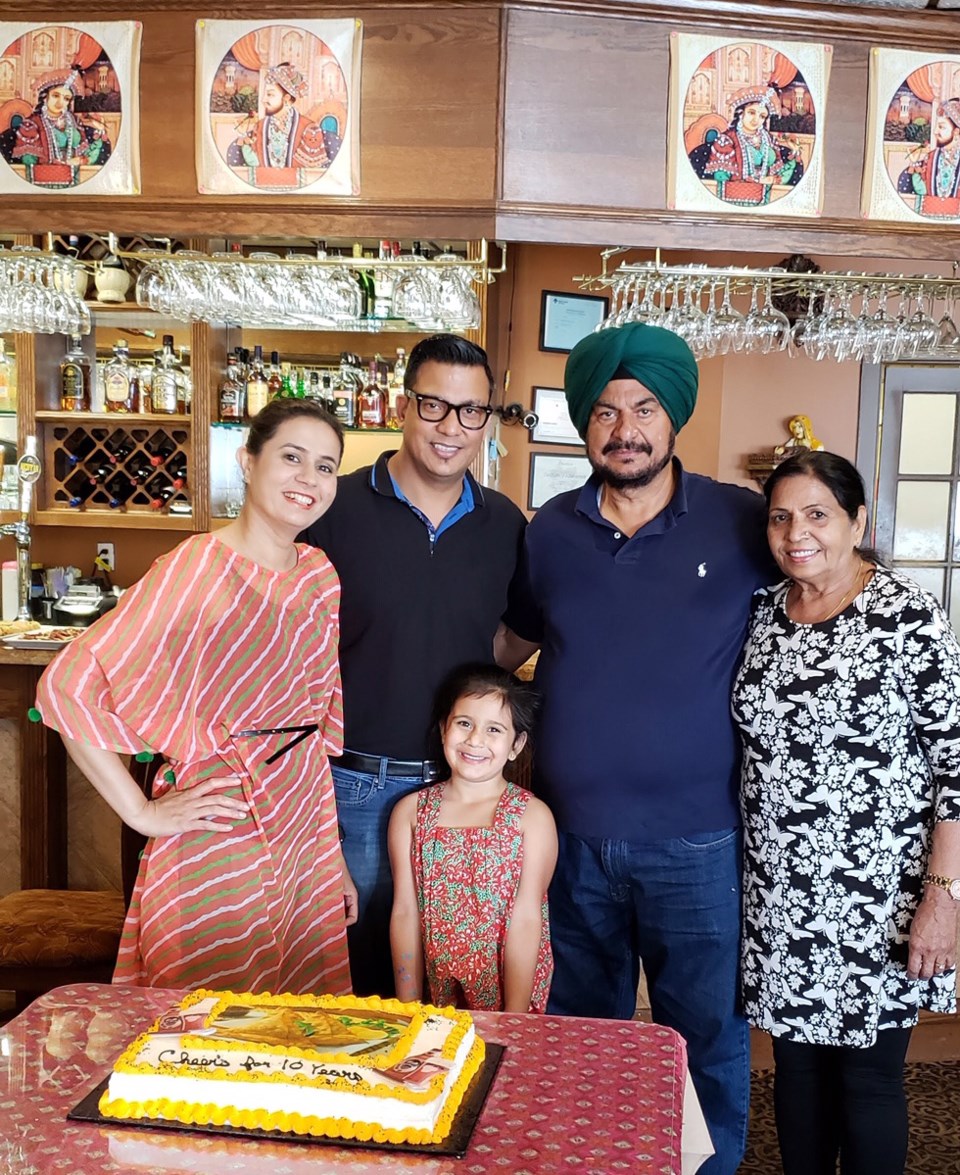 COCHRANE — It's been a long time since Jag Thind last served his "family" a sit-down dinner so he's very excited about today (Thursday, June 4) when the dining room at Mehtab East Indian Cuisine in Cochrane reopens.

Since the arrival of COVID-19, diners had only been able to enjoy their favourite Punjabi dishes from Northern India at home by takeout and delivery since the dining room closed on March 20, a week before the March 27 government order to do so.

The closure resulted in a 25 per cent drop in business and the temporary layoff of four servers, or half the staff, leaving only those working in the kitchen.

The Mehtab, which means the "light of the moon," opened in the town of 29,000, 20 minutes west of Calgary's city limits, in 2008. Thind bought it in 2011, with his mom, Jagdish, in the kitchen cooking the meals he had grown up eating at home. His mom has since retired, but her recipes are still on the menu. His dad, Joginder or "Jo," still delivers home orders.

Takeout and delivery is why the business has survived the pandemic, Thind said.

"I was more mentally prepared this time," he said, "and I hung on to my kitchen staff, some of whom have worked for me for eight years."

Restaurant dining rooms were allowed to reopen May 14, but the Mehtab wasn't ready.

Making the physical and operational changes required by Alberta Health to keep diners and staff safe were a challenge.

The restaurant's seating capacity of 95 had to be cut by half and the remaining tables had to be spaced at least two metres apart.

The popular lunch buffet, which featured 20-30 food items, is gone for the time being. Six to eight of the most popular buffet items can be ordered as table service.

Menus were laminated so they could be sanitized after every use. Nothing could be left on the tables.

Hand sanitizer dispensers have been installed outside the washrooms which are restricted to use by two people at a time. Other dispensers are on order, so in the meantime, staff spray hand sanitizer on the hands of every diner on arrival.

Tables are sanitized after each use which takes about 10 minutes, including three to five minutes for the disinfectant to work, Thind said.
"Cleaning tables used to take less than a minute before."

Much of the pandemic's affect has been negative, but Thind found a positive, offering free meals or coffee to anyone who can't afford to pay. He got the idea after finding a regular diner hovering outside the door.

"He said I love your food but unfortunately, I can't afford it," Thind remembered. "I thought he can't be the only person."

Offering free food, no questions asked, "is the least we can do for the community, to give back, and I thought this was the best time to give back."

About a dozen people a day took up the offer the first few weeks it was available, that number has since dropped to about 18-20 a week. Thind plans to continue offering free food to those who can't pay until the pandemic is over.

He remembered delivering an order to a family self-isolating after returning from a trip outside Canada.

"They texted and said we can't afford your food right now, but we are fed up of the same soup and salad every day, even our kids."

"It was all over her face and that was an amazing feeling that we had decided to do this."

Thind is expecting a good response to the dining room reopening, based on the experiences of other restaurants who reopened earlier, and welcoming messages from diners.

"I'm more concerned about how we're going to keep people six feet away from each other."

"I'm a hugger," he confessed, "I love giving my diners hugs. It's not going to be same with no hugs allowed, but I'm pretty excited to see the people."

Chris Zdeb is a freelance writer and regular contributor to AlbertaPrimeTimes.com. This story was funded by the Facebook Journalism Project Supporting Local News Coverage of COVID-19 Program via the Local Media Foundation.