Alberta bound: WiL returns to province he knows and loves

Have you ever heard of WiL? No? Maybe it’s better asked if you’ve seen the Travel Alberta ads. Or the Calgary Stampede’s opening video.
Aug 6, 2015 12:00 AM By: Cochrane Eagle Staff 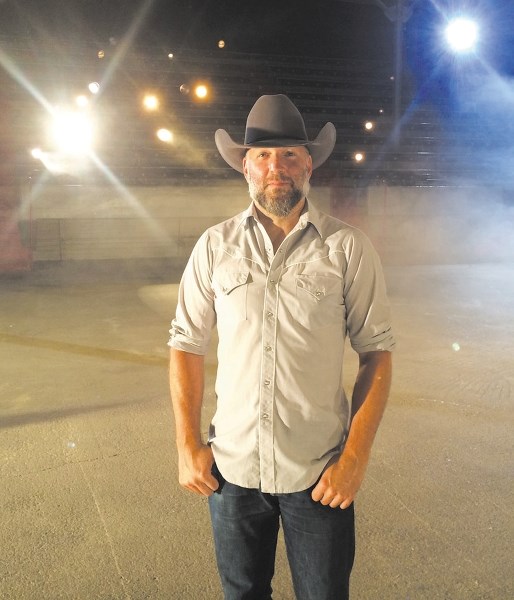 Have you ever heard of WiL? No? Maybe it’s better asked if you’ve seen the Travel Alberta ads. Or the Calgary Stampede’s opening video. Wil Mimnaugh’s music was featured in both, and while the name might not be instantly recognizable, his vigorous mix of roots, rock and folk stands out.

WiL spoke with the Eagle about playing home base, performing with Tom Cochrane and how to keep music real in the face of increasing digitalization.

Eagle: What’s new with you?

WiL: Lots. We’re in Calgary, been back and forth quite a bit recently. Playing at the Ironwood and having an awesome time. We have a really good fan base here. It’s been pretty awesome.

WiL: It comes down to the fact that I spent 30 years in Calgary; my wife was born and raised here. It’s neat when you do a show and people assume that you’re from B.C., that you’ve been on the island your whole life. You break from that and you’ve probably spent more time in Alberta than half the room. Then you break out a few of those Travel Alberta tunes and they’re like, “holy s**t.” That’s neat.

Eagle: You’ll be playing with Tom Cochrane at the Canadian Badlands Passion Play venue Aug. 22. From Cochrane’s Canadiana-inspired odes to your work for the Calgary Stampede and Travel Alberta, how do you feel about playing with an artist who appeals to Canadian identity?

WiL: I think that’s what it boils down to. I think there’re less things fitting nowadays than there ever were before. The whole record industry is on its ass and no one knows where anything’s going and everyone is taking liberties on their own. Look at what festivals provide. You get everything from Skrillex to Alt-J, then you end up with Serena Ryder and Corb Lund on the same bill at a festival nowadays. Because of that, there’s no real rhyme or reason to things and there’s also no need to judge what it is either. I think ultimately Tom Cochrane is a singer-songwriter from the very first day he picked up a guitar or played a piano or wrote a song; him and I occupy that space for sure. I was a fan of his music big time especially in the ‘90s and my wife was a big fan of Red Ryder back in the ‘80s.

When we went out on a tour with Burton Cummins, I thought it was a little weird at first and then we went and played a bunch of theatres with him and it was amazing.

Eagle: In the face of increasing digitalization of music, do you see things like house concerts as part of a broader trend to return some sense of physical immediacy?

WiL: Of course it has. I’ve been riding most of life and I love cycling. I don’t judge anyone for what they ride and how they ride. I felt that way about music for a while. When I look at the sort of trends that are unfolding, you see a lot of introspective, endearing, simplified, singer-songwriter, harken of the days way back. It ebbs and flows all the time. It’s nice that it inspires people to play instruments and get back to the roots of things. I like seeing that a lot.

Simply because a really good song performed by a good musician or good singer — not amazing, just good — stripped down to its simplest form is where anybody should live. When you play a house concert, it keeps it really simple and it keeps very engaging and very personal.

Eagle: What’s one lesson you learned from your last album, El Paseo?

WiL: That there are no rules. We worked song for song, one at a time. And if the song would have sounded awesome with bagpipes, we would have played bagpipes on it. It’s not that we didn’t care what we put against it, we were just open to anything. We didn’t hyper-analyze everything to death and we just grabbed what we liked. When it came time to lay the stuff down, we kept grabbing and going and going and it was awesome.

Catch WiL at the Legacy Guitar and Coffee House Aug. 21. Tickets are available at legacyguitarhouse.com.