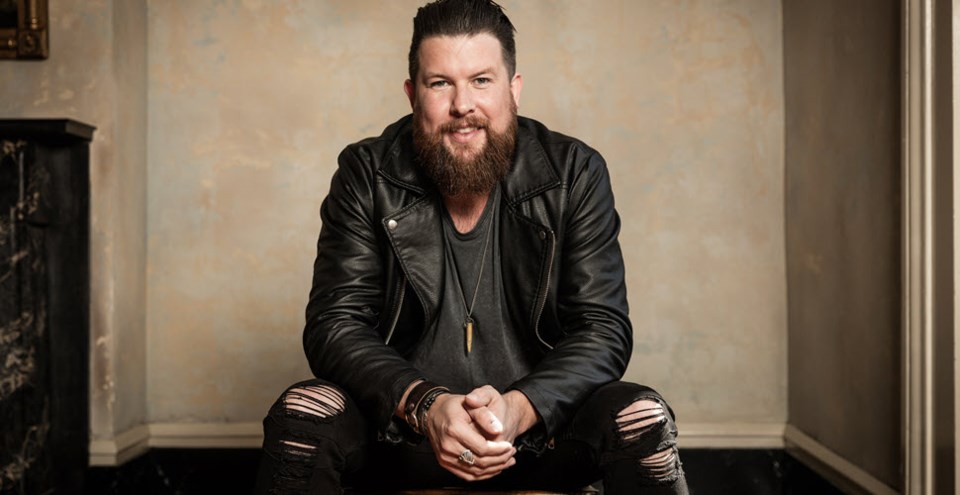 Zach Williams is one of the headliners for the No Greater Love music festival.

The No Greater Love Music Festival will be taking place in Cochrane at the Lands of Canadian Baptist Seminary and College on Aug. 10 and 11 with the new Youth Worship Night on Aug. 9, which will feature performances from Fresh I.E. and All Above Me.

There will be a total of 18 bands throughout Saturday and Sunday with the gates opening at 9:30 a.m. both days and music getting underway just after 11 a.m. There will be lots of music, camping as well as vendors and food trucks for people of all ages to enjoy. Saturday night will be headlined by Zach Williams and Jeremy Camp while also getting performances from The Afters and Jordan Feliz. Sunday will feature CCM All Star Review and We Are Messengers as the headliners with I Am They and Citizen Way also playing. There will be many local bands playing throughout the day until those performances.

Jeremy Camp is an American contemporary Christian music singer and songwriter from Lafayette, Indiana. Camp has released eleven albums, four of them RIAA-certified as Gold, and two live albums. His original music is a mixture of ballads and up-tempo songs with a rock influence. Camp has won five GMA Dove Awards, has been nominated for three American Music Awards, and was nominated for a Grammy Award for Best Pop/Contemporary Gospel Album in 2010 for his album, Speaking Louder Than Before.

Formed in 2000 by four Starbucks employees in Mesquite, Texas, The Afters are an alternative CCM rock band. The Afters scored a deal with Epic and released their major-label debut in 2005, entitled I Wish We All Could Win. The album was a hit on the Christian charts, making it to the top 25. In 2006, winning New Artist of the Year, the band went back into the studio to record its follow up, Never Going Back to OK, selling about 16,000 units in its first week. It reached number one on the R&RCHR chart in March of 2008 while R&R magazine ranked it as the most played song on U.S. Christian CHR Radio of the same year. The band won a Dove Award for Rock/Contemporary Album of the Year in 2009 at the 40th GMA Dove Awards. The title song was also nominated for Rock/Contemporary Recorded Song of the Year in 2009.

Jordan Feliz is an American Christian musician who plays a folk rock and soul style of Christian pop. He released three studio albums, Beloved in 2015, The River in 2016, with Centricity Music and Future in 2018. His song The River has charted on the Billboard Magazine Christian songs, Christian airplay and Christian digital song charts.

CCM All Star Review is a new project by legendary artists John Schlitt of Petra, Kevin Max from DC Talk, Dan Haseltine of Jars of Clay and Billy Smiley of Whiteheart. With a collection of over 100 awards and billboard chart-toppers, CCM All Star Review is sure to become a crowd-pleaser as they share all of their collective hits.

Originally from Ireland, We Are Messengers saw their career explode with the release of their self-titled debut album in 2016. The album earned them their first Dove Award nomination for New Artist of the Year and included the top five hits Everything Comes Alive, Magnify and Point to You. They now return with new music featuring the number one single Maybe It's Ok, which is already a fan favourite at We Are Messengers' legendary live show. The band has also had placements in film and television, including motion picture The Shack and MTV's Coupled.

I Am They made its national debut in January of 2015 with its self-titled album on Essential Records. The band's new single Crown Him is a song as surrender and as people hear the song, they pray that they would be reminded that whatever it is that people pour their lives into, it is meant to magnify and glorify God and crown him as king.

Citizen Way is a contemporary Christian and Christian rock band from Elgin, Illinois. The band is composed of David Blascoe, Ben Calhoun and Daniel Olsson.  From starting CITIZEN WAY at Judson University in Chicago in 2004 to become a voice of hope heard throughout the world.

Tickets for the event are going for $99 for the weekend pass, $58 for the youth pass and $300 for the family pass of two adults and two youth. Kids 10 and under get in free.