First ever Cochrane Comedy Festival just over a week away

Cochrane is getting its time on the comedy stage. On July 24, the Spray Lake Sawmills Family Sports Centre will play host to the town’s first ever Comedy Festival.
Jul 16, 2015 12:00 AM By: Cochrane Eagle Staff 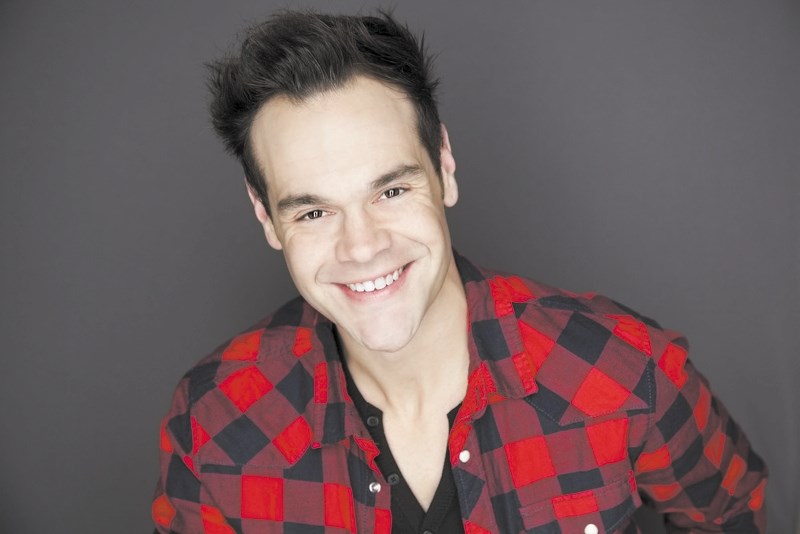 Cochrane is getting its time on the comedy stage. On July 24, the Spray Lake Sawmills Family Sports Centre will play host to the town’s first ever Comedy Festival. Jake Hirsch, Yuk Yuk’s podcast host, and comedy promoter Kris Labelle have partnered together to put Cochrane on the comedy map.

We spoke with two of the headliners, Michael Malone and Eddie Della Siepe.

Malone’s “blistering humour and irrelevant views on life, love and personal tragedy have earned him recognitions, like Campus Activities Magazine’s Top Comedy Performer of 2013, ‘Hot Comic to Watch in 2013’ and winner of the prestigious 33rd Annual Seattle International Comedy Competition in 2012.”

With two successful 15 city national standup tours, Jury Duty and Jury Duty 2: Even Jurier, Siepe has been cemented as a favourite in comedy clubs and university and college campus alike.

The two offered their views on performing, political correctness and suffering through rough crowds.

Eagle: What do you bring to comedy that sets you apart?

Malone: I would say the thing that separates me is my bold honesty on stage about actual life experiences I’ve had. Everything on stage is deeply personal whether it’s material about death, love or sex. I try not to hold back as I bring the jokes to life with heavy sarcasm and big energy.

Eagle: What was the hardest crowd you've performed for and how did you manage to salvage it (if you even did)?

Malone: I’ve had knives pulled on me, guys rush the stage… women rush the stage and not in “Every rockstar’s music video in the ‘90s” kind of way either. I don’t know; I try to tell myself to just be happy, there is an opportunity to perform and what doesn’t kill us only makes us stronger, right?

Eagle: What are your thoughts on the relationship between comedy and political correctness?

Malone: That’s a tough subject and I don't think there are any “right” answers, but the formula to comedy is “Tragedy + Time = Comedy”. Always has been, always will be. Sorry if you’re not ready to talk about things when some comedians are, but honestly I don’t think those timetables will ever sync up in this light speed blogging society we're living in.

Eagle: Any suggestions for up-and-comers?

Malone: Get as much stage time as you can. It doesn't matter as long as you’re getting stage time. If you’re doing it right and paying attention, you’ll learn something new from every show.

Eagle: Thoughts on being part of Cochrane’s first comedy festival?

Malone: I am beyond honoured to be apart of a small piece of Canadian comedy history. Clearly you know what you’re doing up north because you have produced so many amazing talents like Jim Carey, Russell Peters, Mike Meyers, and one of my absolute favorites, John Candy. I’m happy to be doing the first annual show and hopefully live long enough to do the 50-year reunion show.

The Eagle also spoke briefly with Siepe and he had this to say about his what he brings to comedy.

“My show is definitely true to who I am. It’s very organic. I just try generally to have a really good time. At the end of the show, (people) will be like, ‘I like that guy, I know that guy.”’

The hardest show for him was performing in front of a non-English speaking crowd.

“I performed in front of a crowd that didn’t speak English. I was performing at a hostel one time and I was like ‘what’s wrong? And then I thought most of them are not from Canada.”

“I know that’s kind of hot topic right now and (some) people feel like comedians shouldn’t have free reign and then some people feel like it’s a safe haven and you could say what ever you want.” He said that while he believes comics should be able to speak freely, he feels it doesn’t give complete license to offend people.

“But at the end of the day it’s just humour, so I feel like although political correctness is at an all-time high, I feel like comedy should be one of the only places where you don’t have to be subject that.”

The Eagle reached out for contact information for the third comic, Sterling Scott, but did not hear anything back by press time.