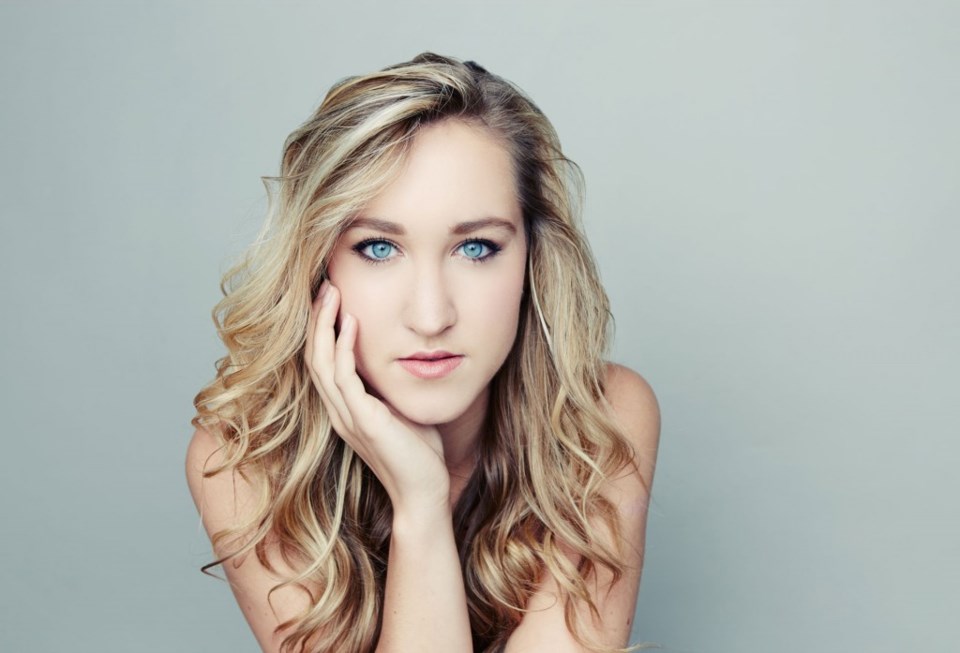 Local country artist Kaleigh Jo Kirk got to live the dream of many young musicians when she graced the stage and performed at Country Thunder Alberta when the festival took place at Prairie Winds Park in Calgary Aug. 16 to 18.

Kirk, who played in the 3:30 p.m. slot on Friday at the Country 105 stage, kicked off the festival that also featured the likes of Miranda Lambert, Hunter Brothers, Jake Owen, Terri Clark and headliner Jason Aldean. She said the experience was fantastic and she always enjoys playing in front of big crowds.

"The experience was amazing! The crowd was super energetic and engaged, it was an awesome atmosphere. As far as my performance, I feel like I did very well. I was playing acoustically, which sometimes can be a challenge, especially when you are up between full bands but because of the crowd, I was able to feed off their energy and really deliver a great show," Kirk said of the experience.

"I get more nervous performing in front of a handful of people compared to thousands. The first time I performed on a huge stage, at Big Valley Jamboree, I thought the sea of people would be quite intimidating, but I actually found it a lot easier. However, I always do get a little nervous right before I go on - I find a little bit of nerves means that I care about the performance and that I want to do well."

Kirk’s experience as a singer-songwriter is far greater than most 18-year-olds. She has been performing since the age of 7 and has been fortunate enough to work with giants of the industry, including powerhouse production/mixing team Deborah (Debbie) Gibson, Gavin Mackillop, Rudy Haeusermann, Jared Sagal, Alex Cantrall & Jeff Hoeppner. She is fluent in French and has recorded two songs Fort Que Tout & Ne T’en Veux Pas for that market, with producer/writer Gerry Stober.

Kirk said playing at Country Thunder was one of the bigger accomplishments of her career.

"I never used to be in town for Country Thunder. I would always be back in Nashville gearing up to go back to University, but I always loved the idea of being involved with a music festival in my home city of Calgary. When I got asked to perform, I was so excited. It's so great that Calgary is becoming more of a music hub and I'm so grateful to be involved in its growth," she said.

"Playing Country Thunder definitely ranks right up there as one of my biggest accomplishments. I am so thankful that I got the privilege to perform there. This being said, any new performance opportunity is a great accomplishment, whether it's at a local coffee shop or at a huge music festival. I love being able to share my music any chance I get. One great thing about playing music festivals, like Country Thunder and BVJ, is that you are surrounded by a crowd that loves music as much as you do, so you can always feel great energy from them."

While she wasn't able to get face-to-face with any of the headliners to take away some advice that she could use for future performances, she said she was still able to learn a few things just by watching them.

"Unfortunately, I wasn't able to pick their brains. The great artists that performed this year, since they are in such high demand, they usually play the stage and then are whisked away to the next show right after," Kirk said.

"However, just being able to watch them perform is a great way to learn new things. Stage presence and engaging with the audience are very important and watching the pros do it is a great way to learn. I did get the opportunity to be down in the photography pit (right up against the stage - not usually for audience members) for Lindsay Ell's set and she is such an amazing musician and performer, I definitely took a few cues from watching her command the crowd."

Kirk will now head down to Nashville with hopes of continuing to make her mark on the American music scene.