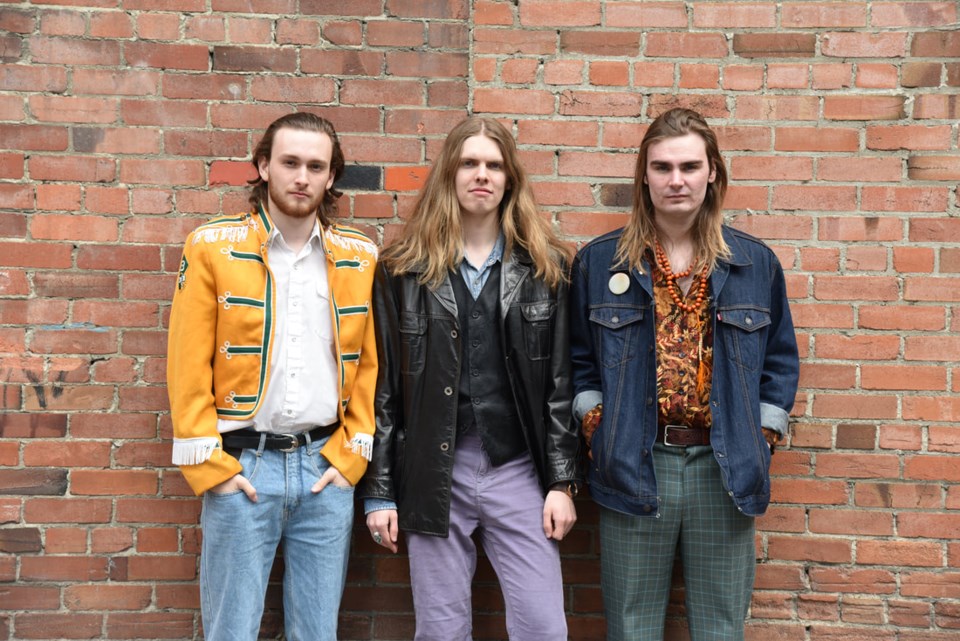 The Venue Bar and Grill has brought a lot of great, local musicians to their stage over the past few years and the month of October is no exception. There are plenty of options for people who have different tastes in music, starting on Oct. 11 with the rock 'n' roll band Static.

Calgary-based rock 'n' roll trio made up of Mitchell Brady (Guitar / Vocals), Keone Friesen (Bass / Harmonica), and Isaiah Stonehouse (Drums / Background Vocals). They have recorded and released two full albums and an EP, and just released their brand new double-single 1965 / Déjà Vu. Their music is described as a mixture of classic rock and blues, with romps of alternative, indie and psychedelic rock. It carries the audience back to the hey day of rock 'n' roll, while adding a new and unique modern twist to the mix.

Some of their notable achievements over the years include being one of six artists selected to appear on CTV's new music television series The Launch. The bank also released their song Wide Awake worldwide and were the opening act at last year's summer tours with Collective Soul, Billy Talent and Kansas. Static was also a national Semi-finalist in CBC's 2017 Searchlight Competition. The band was named the winners of the 2016, 2017, and 2018 YYC (Calgary) Music Awards for Rock Recording of the Year, Group of the Year at the 2018 YYC Music Awards, and winners of the Zachariah and the Prophets Memorial Award at the 2017 YYC Music Awards while also being four time finalists in the 2014, 2015, 2016 and 2018 International Songwriters Competition.

They have played venues as far as the Whiskey A Go-Go (Los Angeles), the Commodore Ballroom (Vancouver), and the Horseshoe Tavern (Toronto), to as close as The Jubilee and MacEwan Hall at home in Calgary. They shared the stage with the likes of Collective Soul, The Sheepdogs, Billy Talent, Trooper, Colin James, and Kansas.

Envy is a four-person band made up of lead vocalist Joelle, Matt on guitar and back up vocals, Patrick on drums and Quay on the bass guitar. Envy is one of Calgary's most exciting bands to hit the stage ... Lead singer Joelle is an original artist with three full length albums, two EP's and three Christmas songs, while also being the lead vocals for Envy. You can find Envy rocking it up anywhere in and around Alberta. If you're looking for an electric show full of the best pop, rock, classic rock, 70's, 80's, 90's and dance, Envy is the band for you.