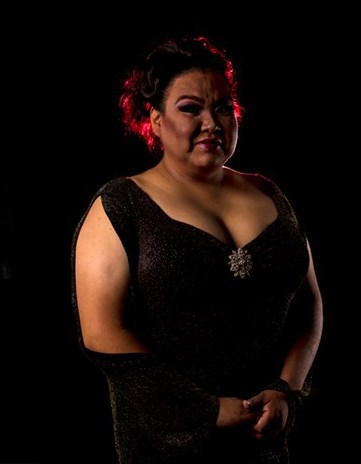 After a one-year hiatus, Morley Pride is returning bigger and better than ever.

What started as a simple drag cabaret in 2016, put on by the self-described mother hen of the Stoney Nakoda, Argintina Hailey, organizers said they are hopeful to extend Morley Pride into a multi-day festival by hosting a fundraiser next Saturday (Aug. 24).

"If we keep having these events, people will be more open to us," Hailey, a.k.a. Cleavon Wildman, explained over the phone.

"And eventually, after myself, maybe the next generation can have something to look back on and hopefully there are some changes."

In the drag scene for almost two decades, Hailey who identifies as two-spirit, defined as someone who embodies both masculine and feminine spirits, started the annual Morley Pride to raise awareness and exposure for LGBTQ2+ Indigenous people on and off reservations.

"We've always been a part of the community, but I started Morley Pride to be more visible and have our own safe haven and our own celebration – to celebrate who we are as two-spirited and to celebrate with our allies," Hailey said.

"It's still an uphill battle."

Hosting the inaugural and second annual pride events in 2016 and 2017, along with additional smaller drag cabaret shows on Stoney Nakoda Nation home to the Morley reservation townsite, Hailey said she wanted to take a personal break after being "all over the map."

"There's still a lot of work to be done for sure," she said.

"But being one person, I can't get everything done on my own. I have a 12-year-old plus a full-time job and it's just a little much sometimes.

"I think everyone took a break, but it's time to bring it back because I've been asked to raise awareness again."

Hopeful to raise between $5,000 to $6,000 to cover the cost of a multi-day festival in September, Hailey said she wants to make as many events as possible free to the public to increase participation and remove the cost barriers. With ideas for a kick-off party, barbecue, two-spirited themed film showing, along with amateur talent show and professional performances, Hailey said the fundraiser will take portions of the proceeds to go towards the third annual pride.

On Aug. 24, guests can expect to see the Stoney Nakoda mother hen herself, Argintina Hailey, along with guest performers Drag King of Rock and Roll Duke Carson, the two-spirited sister from the Blackfoot Confederacy Lola ChokeCherry and Mavis Vontress, and sister from another mister Visa De'Klein. There will also be tribute performers along with 50/50, door prizes, raffle prizes and an on-site store.

The Morley Drag Show fundraiser kicks off Aug. 24 at 6 p.m. at the Morley Community Gymnasium, located on East Morley Road.

For more information go to the DRAG SHOW: A Morley 2 Spirit Pride Fundraiser event on Facebook.